For the first time ever, great revolutionary and freedom fighter Veer Surendra Sai’s Birth Anniversary was celebrated outside India. Expatriate group GOOD (Global Odias for Odisha’s Development) organized the 212th Birth Anniversary Celebrations of Veer Surendra Sai in Dubai on 23rd January (the day he was born, in the year 1809).
Nonresident Odias living in Dubai came together and celebrated this event in a befitting manner. The function started with all participants paying floral tributes to the legendary freedom fighter. An extravagant display of Veer Surendra Sai’s valour, bravery and heroism followed soon after.
Audio visual presentations on Veer Surendra Sai’s life and times were made by various participants, including many children. Momentous occasions like his first rebellion at the age of 18 and his escape from Hazaribagh Jail and subsequent leadership of the 1857 Sepoy Mutiny in the Central Part of India were described in detail.
Stories of his valour, grit and determination fired the imagination of the attendees and electrified the atmosphere inside the function hall. Specially composed poems were also read out. The participants were also made to take a pledge to walk the on the revolutionary path of Veer Surendra Sai and propagate his ideals.
The highlight of the evening was the special video address by Eminent Odia/Sambalpuri Author and Dramatist Shri Mangulu Charan Biswal. Rashtrapati and Sangeet Natak Academy Awardee Shri Biswal’s popular play on Veer Surendra Sai continues to be enacted in various parts of the country and has served as an eye opener to many people.
Shri Biswal expressed his happiness to learn of Veer Surendra Sai’s Jayanti being celebrated in Dubai (for the first time ever, a celebration was being organized outside India). He said it was his honor to address the gathering through a video message. He urged the people to not let VSS’s efforts go waste. He congratulated GOOD on organizing this celebration and expressed hope that many more places outside India will start celebrating Veer Surenda Sai’s Jayanti in the future.
According to GOOD Member, Captain Soumya Ranjan Patnaik, who is the President of a leading Shipping Company based at Dubai, such a function was much needed to celebrate the life and times of this legendary fighter and spread awareness about his bravery and heroism. He expressed his hope that many more such functions will be organized to honor the brave hearts and other luminaries from Odisha.
Priyadarshee Panigrahi, General Manager with a leading a Consumer Goods Company, also from GOOD said it was an emotional moment to see Veer Surendra Sai’s Jayanti being organized on foreign soil for the first time. He said Veer Surendra Sai spent 37 years in jail and probably no other freedom fighter in the World has spent as many years in jail. This fact and many other stories of his bravery and heroism needed to be told on a world platform, because of which this function was organized.

GOOD Member, Manas Panda, Director of an American Electrical Company, based at Dubai felt such a function has made people much more aware about Veer Surendra Sai. According to him information dissemination about this great man is one of the keyways in which his legacy can be made popular and inspirational.
According to GOOD Member Rajesh Tripathy, who is the General Manager of a Global Business School, it is important that our children are made aware of Veer Surendra Sai’s legacy. This function will go a long way in making them know more about this great man.
Rajat Rath, Financial Analyst with a leading Telecom Company, based at Abu Dhabi, the capital of United Arab Emirates (UAE) emphasized on the strong need to organize all relevant information and papers available today on Veer Surendra Sai. Many important documents on his life continue to be in the archives of the neighbouring states of Chattisgarh and Madhya Pradesh.
A request by GOOD has also been made to install a portrait of Veer Surendra Sai at the Indian Consulate in Dubai. GOOD Members had met the Indian Consul General Mr. Vipul in the recent past and urged him to allow its installation as a befitting tribute to this great son of Odisha.
An overwhelming sentiment expressed at the function was that of the need to piece together and preserve Veer Surendra Sai’s legacy. All the participants urged the State Government to take urgent steps in this direction so that his legacy can showcased before future generations and continue to inspire all people.
The meeting ended with the National Anthem. 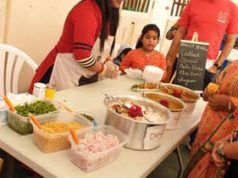 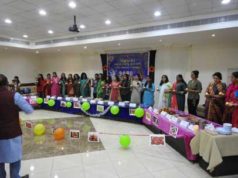 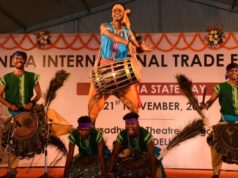