In his address on the occasion, the Union Home Minister said that the Mines, Minerals and Coal sector has a huge contribution in the economic development of the country. The development of any country cannot be imagined without proper policies for its mines and minerals. That is why from the time Shri Narendra Modi became the Prime Minister in 2014 till today, the government led by Shri Narendra Modi has always considered it a priority area. The Government of India has worked to bring transparency, remove barriers and open it up to the private sector in many ways, as well as taking into account the environmental concerns related to it while formulating the policy for this sector. He said that if the minerals extracted from the land are not used for multiple purposes and are not used to increase industrial activity and exports of the country, then it will be an activity for personal gain. Under the leadership of Prime Minister Shri Narendra Modi, the Central Government has formulated policies in such a way that with these reforms and changes, India becomes self-reliant in the mines, minerals and coal sector and these sectors become a strong pillar of our economy. 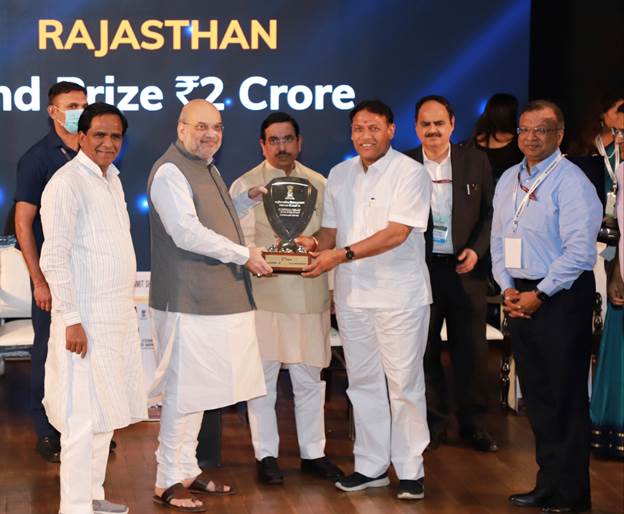 Shri Amit Shah said that since decades corruption in the coal sector had deepened its roots, there were court cases regarding allocations during earlier governments, CAG raised questions and many allocations had to be cancelled. He said that minerals are the nation’s property and its auction should be conducted in such a way that the minerals can be used in a transparent manner to give impetus to the country’s economy. Not only revenue, but also the purpose of their use should be looked into and small and medium businessmen should have a chance to increase the scale of their business, only then will there be competition and results will be available. Incorporating all these aspects, a big change took place in this sector under the leadership of Prime Minister Modi, which has yielded very good results. He said that on the basis of an estimate, if there is an increase of one percent in the mine area, then there is an increase of two and a half percent in our industrial production and that is why it should be a priority sector. Employment is of great importance in our country with a population of 130 crore and this is a sector in which one direct job creates ten indirect jobs. Shri Shah said that the mining and minerals sector is the largest employment generating sector after aviation and tourism.

The Union Home and Cooperation Minister said minerals are a dwindling resource and if we look at history, the reason for the decline of many Empires was the lack of proper use of minerals. We also have to make balanced use of minerals in development while being aware of this.

We should not be limited to export of raw material only, products made from mineral resources extracted in the country should also be manufactured in India and from here they should go to world markets as final products. In the last 8 years, the government led by Shri Narendra Modi has created the right policy and proper infrastructure for this. Along with increasing the mining of minerals, there is a need to make their use multidimensional and bring the optimum cost of its use to the country’s treasury. Despite having a large amount of coal, we were one of the biggest importers, but today under the leadership of Shri Pralhad Joshi, we have been successful in reducing the import of coal to a minimum. There is competition in the mining sector due to the policies of the  government led by Shri Narendra Modi which has made the allocation process transparent and huge investment have also been drawn into the coal and mines sector. We have changed all these aspects under these policies. We have created a coal linkage which no one could have imagined.

Shri Amit Shah said that self-reliant India is not possible without the mining and mineral sectors. Coal and mining sector reforms and self-reliance of these sectors are the basic condition to make India self-reliant. He said that the government led by Shri Narendra Modi has made many changes in the mining sector in the last eight years. Instead of the first come first serve policy of 2014, the government led by Shri Narendra Modi arranged for auction of coal blocks. Corruption had deepened its roots in this area for decades, the government led by Shri Narendra Modi has uprooted corruption in this area. Between 2015 and 2020, 10 auction chains were conducted, 35 coal blocks were successfully auctioned. A total of 85 blocks were allotted with a production capacity of 440 million tonnes. In June 2020, Prime Minister, Shri Narendra Modi launched commercial coal mining and ushered in a new era. 100 percent FDI in the coal sector  was allowed, 50 percent profit on early mining in the revenue share is given, many policy changes like coal gasification, reviving abandoned mines, surrendering unutilized blocks from PSUs and opening to private companies has been allowed by the government. 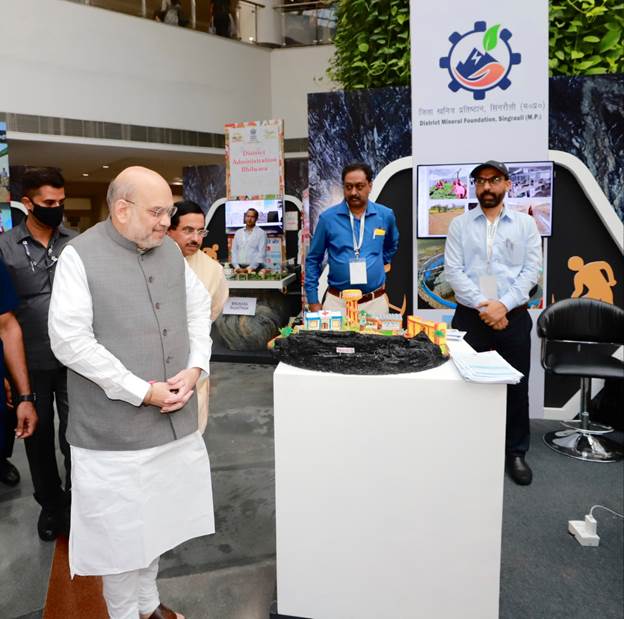 The Home Minister said that production of coal was 566 million tonnes in 2013-14 which reached 777 million tonnes in 2021-22 and off-take was 572 million tonnes which has reached to 818 million tonnes. Up to 50 percent of captive mines have also been opened for sale, due to which coal has begun to be mined from within the country instead of  having to import. To keep the cost of production down, Coal India works to provide imported coal at 82 percent discount to coal industrialists, small, medium industries, due to which they are able to stand  on their own in the global market today. He said that by setting up the District Mineral Fund (DMF), Shri Narendra Modi has given rights to those living in mining areas, this will lead to inclusive development of those areas, so far more than Rs. 63,800 crore under the DMF has been given.

Shri Amit Shah said that we also have to take care of the environment and in this area too the government led by Shri Narendra Modi has done much work. He said that along with the mines and minerals sector, the government led by Shri Narendra Modi has created an entire ecosystem because there is a need for a market to sell minerals and coal from the mines. Therefore, 14 sectors were added under the PLI scheme, from which India will become a manufacturing hub and the possibilities of investment of about Rs. 2.34 lakh crore through PLI in these 14 sectors have been explored and the government led by Shri Narendra Modi has taken them to the ground level. I believe that the bigger the basket of the country’s economy, the more every sector will receive benefits. The Government of India has come up with several PLI schemes including Mobile and Electronics Manufacturing, Medical Devices, Automobiles and Auto Components, Drugs and Pharma, Special Steel, Telecom and Networking Products, Electronics, White Goods, Food Products, Textile Products, Advanced Chemistry Cells and Drones.

The Union Home and Cooperation Minister said that we have brought in a  new Drone Policy, Health Policy, Commercial Coal Mining Policy, National Policy of Electronics, Make in India Policy, Skilled India Policy, Digital India to take connectivity to every village, advanced the aviation sector through UDAN, tried to make a manufacturing hub through Atma Nirbhar Bharat and Vocal for Local, also protected the environmental ecosystem through Green India Mission. Today the world is watching in amazement how GST was easily implemented in such a large and diversified country. Today India is the fastest growing economy in the world with a rate of 8.2 percent in 2022. There has been the highest ever GST collection which has crossed Rs. 1.62 lakh crore and smooth business atmosphere has been established for good businesspersons. Since Independence, we have not exported as much as we did in 2022, out of which we have exported US $ 421 billion, out of which US $254 billion is export of services. It is a symbol of the enterprise of the aspiring youth of India. The highest FDI has come to India in 2022 at US $81 billion. He said that our growth rate is 8.2 percent, while it is 3.7 percent for the US, 2.1 percent for Germany, 4.4 percent for China and 0.8 percent for Brazil. In the Ease of Doing Business in 2014, we were at number 142 in the table, today we are at number 63. In 2014, when Shri Narendra Modi  began the Startup India scheme, there were no Startups in the country, but today there are more than 100 unicorn Startups in India. It is a testament to the potential of the youth of India. We were ranked 71st in the Global Competitive Index, now we are at 43rd position.