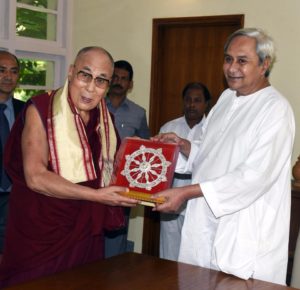 Speaking to media persons, the 82-year-old Buddhist monk said, “Naveen Patnaik is one of the longest serving Chief Minister of the country and more importantly, he has won the people’s trust and respect. So, I admire him.”

“Tibetan people, who have been staying here, are very happy and the State is very kind to them,” he added.

On his part, the Chief Minister said, “I am honoured that his Holiness Dali Lama is visiting Odisha, and, it is the second time that I met him as Chief Minister of the State.”