Adm R Hari Kumar, Chief of the Naval Staff (CNS) visited Nagaland on 07 Dec 22. This visit coincides with the ongoing activities being undertaken by the Indian Navy as part of the outreach in the North East. During the visit the CNS called on Shri Neiphiu Rio, Chief Minister of Nagaland and attended the Hornbill Festival at the Naga Heritage Village Kisama (121 km from Kohima), as the Chief Guest, and also interacted with the Naval veterans. The CNS also Flagged-in the 3500km Indian Navy Motorcycle Expedition at the Hornbill Festival. During his visit to Nagaland CNS met Maj Gen Vikas Lakhera IG AR North and interacted with personnel in HQ IGAR North.

As part of the Indian Navy’s Outreach program in the North East a large stall has been set up at the Hornbill Festival. The focus of the stall is to provide local youth with information about the Indian Navy, its contribution to national security and the various opportunities for employment as officers and sailors.

In the first five days of the festival, the stall has been visited by over 4,500 visitors. The State govt, the Chief Secretary, Commissioner Industry and Commerce and several State govt officials too visited the stall. A part of the stall was converted into an Audio Visual Room where movies highlighting the Indian Navy are being screened. Virtual Reality headsets are also available which provided the viewer with a life-like experience and a 3600 view of being on a ship (INS Kolkata) and an aircraft carrier (INS Vikramaditya). These sets were a great hit with the visitors. IN delegation interacted with the Nagaland Startups and Govt officials of Nagaland Industry and Commerce on 02 Dec 22.

Some interesting products exhibited at the venue are innovative solutions for Artificial Intelligence and Cyber Security. In addition, an Indigenisation desk to interact with Industry/ Startups has been set up. The Indian Navy Band which performed at the festival, also gained immense popularity.

Motivational lectures on ‘Career in the Indian Navy’ were organised for approx 1300 school children in association with the State Education Department at Dimapur and Kohima. The schools visited were GHSS Dimapur, GHSS Purana Bazar and Pranab Vidyapith HSS in Dimapur and Ruzhukhrie GHSS and Thenocha Memorial GHSS in Kohima. Meetings with the ESMs were also held on 15 and 16 Nov 22 in Kohima

Indian Navy organised a multi-specialty medical and wellness camp at a remotely located district of Niuland in Nagaland, 35 Km from Dimapur on 29 and 30 Nov 2022. The camp was inaugurated by Surg RAdm Ravinderajeet Singh, Additional Director General Medical Services (Navy) and Mrs Sara S Jamir, District Commissioner of Niuland. The multi-specialty camp offered consultation to over 700 residents by Medical Specialist, Gynaecologist, Paediatrician, ENT Specialist, Ophthalmologist, Radiologist, Community Medicine and Dental Specialist. The medicines prescribed by the Specialists were distributed free of cost to the patients.

Indian Navy Motorcycle Expedition was virtually flagged off from Guwahati on 25 Nov 22 by the Chief of the Naval Staff, to coincide with Lachit Divas, the 400th birth anniversary of the famous Commander-in-Chief (Borphukan) of Ahom Kingdom (Details – https://pib.gov.in/PressReleasePage.aspx?PRID=1878820). The team comprises of 31 naval personnel including 02 women officers, spread over two phases covering a total distance of 3500 km in 21 days. During Phase I, the riders covered a distance of 2000 km, visiting and interacting with students at schools in Guwahati, Sohra, Aizawl, Kolasib, Loktak & Imphal. The interaction with students provided the boost & motivation to young students to join Indian Navy & Armed Forces. The Riders also interacted with the ExServicemen and local population at all these places. The Indian Navy expedition is supported by Royal Enfield who have provided 15 Meteor 350 Royal Enfield Motorcycles, along with service support. Eight ESMs have also joined the Indian Navy Motorcycle Expedition Team.

The Motorcycle Expedition was flagged in by Adm R Hari Kumar, CNS at Hornbill festival on 07 Dec 22. 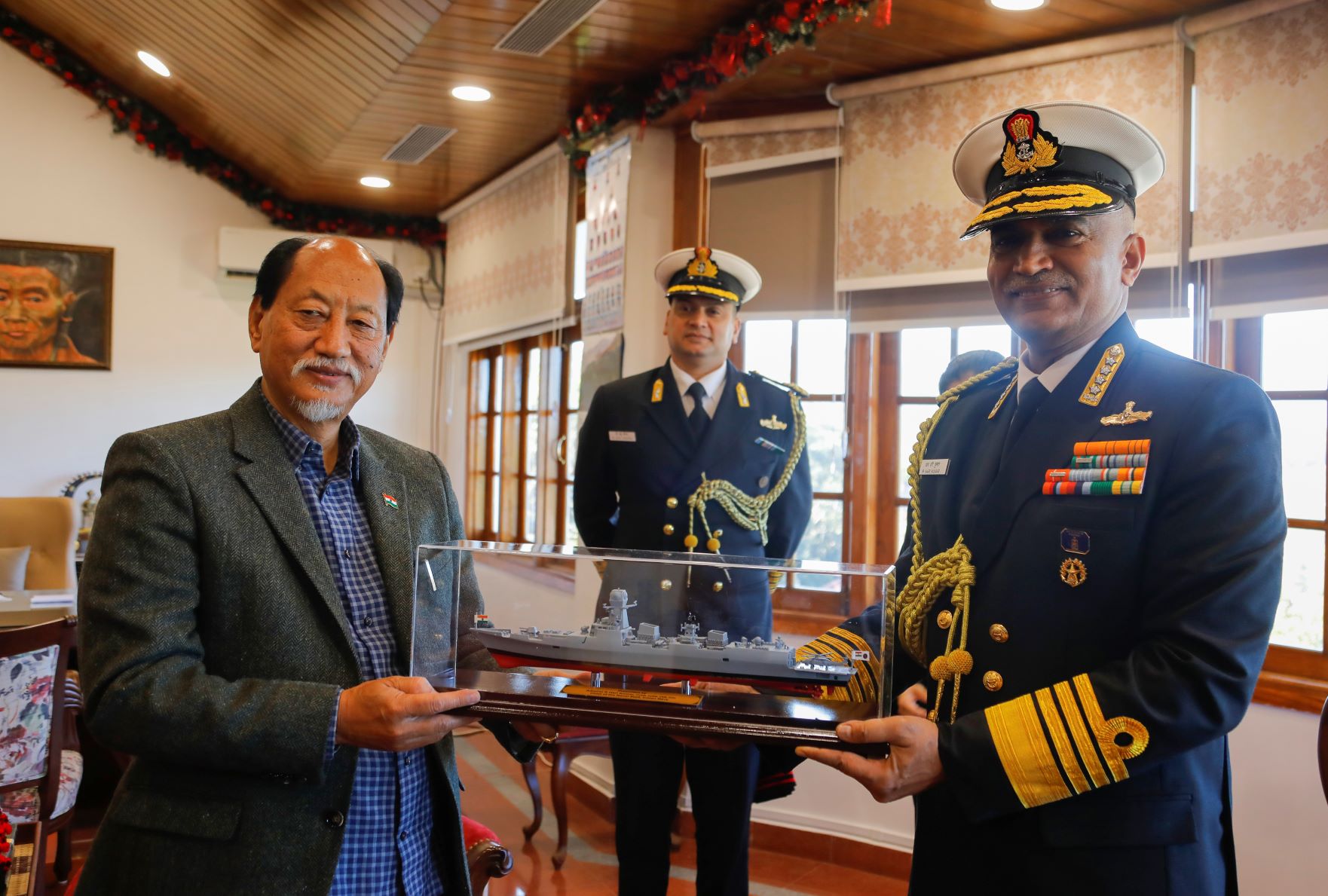