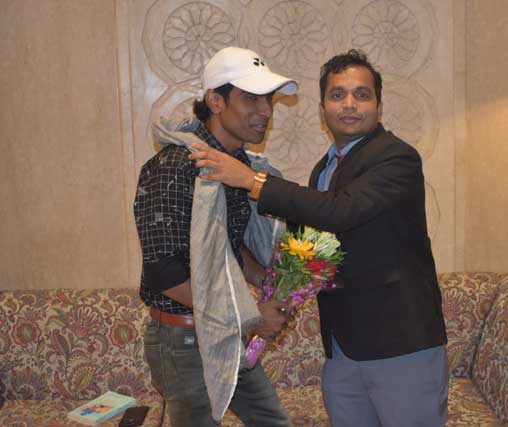 Lauding him as an inspiration for nation’s youth, Sudhir Kumar Dash invited him to join the inauguration of Tour De Kalinga in December 8 at Bhubaneswar. Bhagat appreciated the Roots of Odisha Foundation’s efforts to promote sports, Cycling culture and promotion of Tourism .

It should be noted that for the 5th time in a row, ROOTS OF ODISHA FOUNDATION in association with CRESPAI, is organising the Longest Community Cycle Tour “TOURDEKALINGA” from 8th December to 20th December, 2019. Like every year, this year too thousands will participate in the cyclothon from Bhubaneswar to Konark to Satapada on the inauguration day of 8th December, 2019. 40 National and International Cyclist chosen from them will be part of the longest 13 days Cycling expedition.