New Delhi : As per the famous German philosopher Friedrich Nietzsche, Superhuman is a continuation of man in the future as an ideal rather than a realistic goal. The same philosophy is also accepted in Sufi Philosophy.Man is always transient, something to be overcome. The kernel of the superhuman is the pursuit of perfection.

The plot of the film ‘Rehearsal’, which was screened under the International Panorama section of 53rd International Film Festival of India in Goa, revolves around this core philosophy.

Addressing the “IFFI Table Talks” today, Director Khusnora Rozmatova said the film has been inspired by the philosophy of superhuman from both east and west. “Rehearsal” reveals the dynamics of superhuman through the protagonist Orzu, who works in a theatre.  “Her play narrates about the birth of a higher man, for when a higher man is born, people are saved from oppression, suffering, and unite with the Creator”, she added.

Responding to a query on Indian Cinema, Khusnora said that songs from Raj Kapoor’s films are very popular in Uzbekistan. She further said there are not many women filmmakers in Uzbekistan and this trend is changing slowly in recent days.

About the Film- Rehearsal 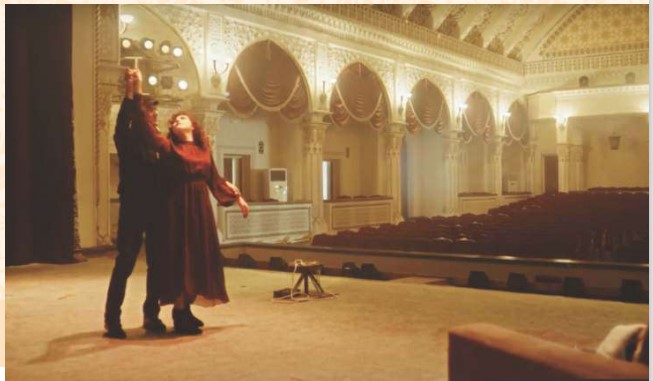 Synopsis: Orzu works in the theatre. The film begins with a scene where the director circumcises his son in an old synagogue, referring to the religious narrative that led Abraham to sacrifice Ishmael. A new play talks about the birth of a higher man for when a higher man is born, people are saved from oppression, suffering, and unite with the Creator. Orzu is the protagonist but it’s clear that the idea of a higher man is not needed right now, as people are not yet ready.

With France being the Country of Focus at the 53rd IFFI, it’s time for an immersive French Film experience