New Delhi : NTPC and Masen (Moroccan Agency for Sustainable Energy) today signed an MOU for cooperation in the renewable energy sector during the 17th CII EXIM conclave on India-Africa growth partnership held in New Delhi from 19th- 20th July 2022. The conclave witnessed huge participation from several African countries and deliberations were held to promote investment and collaboration between Indian and African companies in various sectors in Africa.

The CII- EXIM Bank Conclave on India-Africa Project Partnership was launched in the year 2005 with the support of the Ministry of External Affairs and the Ministry of Commerce & Industry, Government of India. Over the last sixteen editions, the Conclave has played a pivotal role in encouraging Indian companies to establish and grow their footprints in Africa.

The MOU was signed in the presence of HEM Mohamed Maliki, Ambassador of His Majesty the King of Morocco to the Republic of India, and Mr. Puneet Kundal, Joint Secretary, Ministry of External Affairs, Government of India. 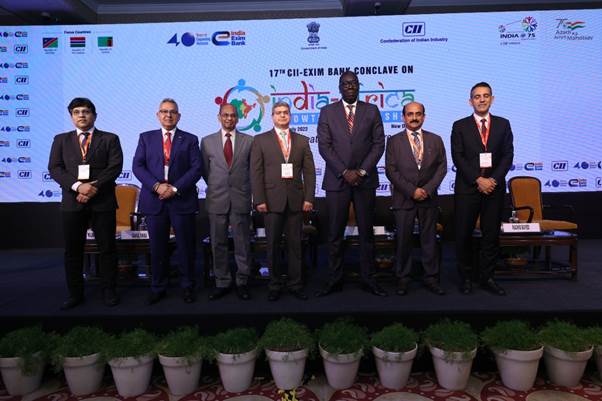 The MOU between NTPC Ltd. and Masen which are pioneers in the field of renewable energy generation promises to usher in the joint development of utility-scale projects based on renewable energy in Africa. Through this cooperation, it is intended to support services for capacity building, share experience, know-how, and expertise in the areas of mutual interest, especially in the field of Research and Development. The cooperation may witness NTPC and Masen exploring common development opportunities for renewable energy power projects in other African Countries.

At the end of 2021, 4109 MW are in operation in wind, hydro and solar. The Masen Group places at the heart of its strategy the development of renewable resources, to create an inexhaustible force of economic, social, and environmental development for Morocco and beyond.