Bhubaneswar: Showing cultural aspects in movies is a welcome idea, but since it involves risk, the cinema makers must aware of it, national award winning film director Sabyasachi Mohapatra said while speaking at the Tenth Edition of KLF Corner event here.

Discussing about his life as journey from successful commercial move director to maker of successful parallel cinema, Mohapatra said ,”Making a feature film based on cultural aspect is risky, but it has been done and should be done. “

In his early days as a director, Mohapatra had done a movie called Surya Mukhi which portrayed the protagonist’s love for Sambalpuri design dress. These types of films are not easy to do and not every one wants to do such movies, he rued.

“There are producers who want to make movie so that they could make a profit out of it and then there are others who wish to make only good cinema. In my case, commercial aspect is weak, making good cinema is strong,” he said while interacting with young movie enthusiast at the KLF Corner event.

KLF Corner is an initiative of Kalinga Literary Festival, the biggest festival celebrating literature, culture and arts held in the state every year.

The KLF Corner intends to popularise literary personalities and literature on regular basis in the state. 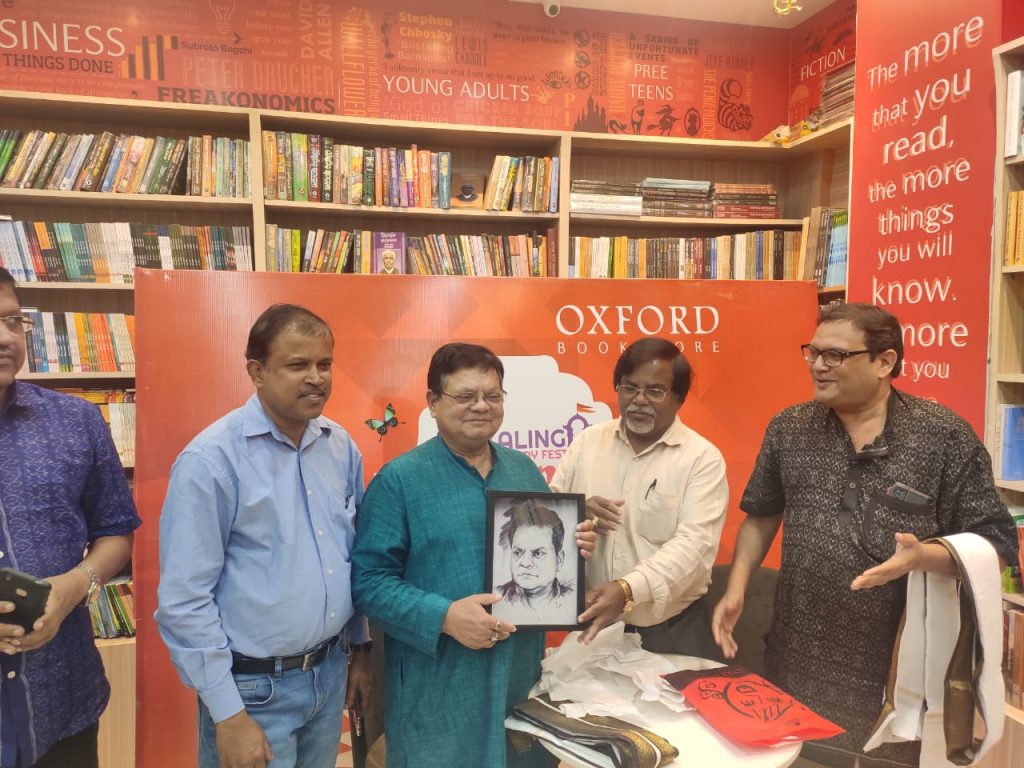 In conversation with poet Kedar Mishra, Mohapatra talked about his early days in career and what prompted him to make a switch from commercial to art cinema. He said after wasting two years in Mumbai he was searching for low budget movies and thus came to be known as art movie director.

In his quest for low budget, content oriented cinema, he created Sambalpuri film Bhooka in 1989, based on acute poverty. The movie was widely appreciated, but lacked in technicalities.

“Because I was making film based on finances borrowed from friends and relatives, I had to shot it on 16 mm film while the norm was 35 mm then. But despite that it was well acclaimed in international movie festivals as content was great and not body bothered about technicalities, “ he explained to the audience.

During the interaction at the KLF Corner event, many cinema lovers, literary fans listened to the conversation and queried about his views on art cinema making. The event concluded with felicitation to the noted personality.