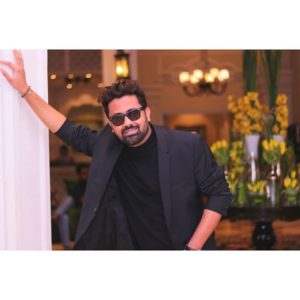 The music industry of B-Town has become a stage promoting fresh voices and the popular independent singer/performer of ‘Pehchan Music’ YouTube channel Rahul Jain has carved his name on it.

Having recently performed for the second time in Odisha, at Chatrapur Mahostav, Rahul has shared his thoughts about the state and bits about his musical journey with us.

“It is always a delight to perform in Odisha. And especially when you get so much of love and warmth from people. The enthusiasm in thousands of audience is the sole energy for an artist to perform. And Odisha is so beautiful that I would love to come here again and again,” says Rahul.

Rahul’s latest single ‘Dim Dim Light’ has been hugely loved by music lovers across. “It has just been 28-29 days and it has crossed the 10 million mark. It’s evident how much people have loved it.”

Rahul has begun his career with working on independent music genre itself. Raising the bar up, independent music has made its separate base in the contemporary period. “Independent music gives a singer to explore and experiment more with skills. One has the freedom to do his kind of music. Doing music for movies has a lot of boundaries. There is the requirement of the script, the director, the producer, the story. But in independent music, the artist has his liberty,” says Rahul. 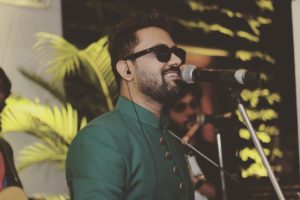 Rahul is the founder of YouTube channel called ‘Pehchan Music’ where he has presented the recreations of his bucket list Bollywood songs. “Music is eternal and evergreen. Since I always wanted to deliver my renditions of the songs loved by people, that is when ‘Pehchan Music’ happened. It was purely unintentional. My initial covers had gotten an average response until I came up with ‘Zara Zara’ from ‘Rehna Hai Tere Dil Mein’. I had never thought that later on those would go viral and hit in millions,” says Rahul delightedly. Currently, ‘Pehchan Music’ has massively more than 4 million subscribers on YouTube.
The youth mass always looks up to such independent platforms. But dreams too fade away without the implementation of proper strategy. On this, Rahul says, “Judging the ownself that where one stands and fine preparation are the foremost things one could have to do. That is the main filtration. Secondly, the point of failure is the main test. There you have to push, polish, and stand up with your passion and skills. And also it is very important to surround yourself with good and healthy vibes.”

Rahul hails from a family which is much into music. His elder brother Amit Jain is a classical singer, his mother is a writer and his father is a music composer. As a singer, music composer, Rahul has appeared in more than five hundred shows to date. He was so passionate towards music and to pursue his passion he started singing at the tender age of 6 and started participating in many concerts and live shows and has many honours to his cupboard.

He had his own rock band since his college days and has performed in many shows across pan India and entertained the public through their energetic performances.
Rahul came to limelight after he emerged winner of “92.7 Big FM” organised (“MTV Indies Big Hindustani”). In 2012 he also participated in a singing reality show titled “Bharat Ki Shaan”, “India’s Raw Star” in which he reached till top fifteen finalists. He has also won the singing contest “Voice of MP” which was organised by the govt of M.P. He has also shared the stage with the renowned Bollywood singers like “Udit Narayan, Vinod Rathore and Alisha Chinoy. He is currently seen singing and performing at various Private Parties, Corporate Parties, and College Campuses among others. He has a massive fan following on social media and all his songs are a huge hit on YouTube.

Recently, Rahul has lent his voice for a track on the second season of the popular Hindi television serial ‘Beyhadh-2’ starring Jennifer Winget. Not only this, but he has also worked for upcoming projects of Salman Khan productions and Dharma productions.

Odisha Govt reduced the assistance under KALIA scheme to Rs 4,000 per annum from Rs 10,000

The Most Famous Gamblers in History