Amitabh Bhattacharya and his world of poetry in motion

Amitabh Bhattacharya has been one of the finest songwriters in the Hindi film industry over the years, creating marvelous hits relentlessly and tuning words to rhythm. He has completely dedicated his career to writing songs in Hindi movies. He entered Mumbai in 1999 as a young aspiring singer until he discovered his natural ability to create quality songs through his writing. Some of his biggest hits include Abhi Mujhme Kahin, Channa Mereya, Raabta and many more. Amitabh gave a brief insight about his career as a lyricist in the Hindi film industry.

He explained about the formula to create hit songs and their acceptance value which could only be estimated, and how he learnt from his experience. He said,”No formula as such to create a hit song. Moving with the times can be a helpful tool though. Acceptance value can never be predicted but only estimated. However with experience one can always fine tune their process & become wiser with their choices of collaborations.”

YouTube has been the measuring ground for music videos recently. Amitabh Bhattacharya threw some light on prioritizing views on YouTube in today’s day and age. He said,”To me never much, but they(YouTube views) seem to be a top priority for everyone else around me these days.”

Popularity of independent labels has grown over the years, especially after the advent of social media. Amitabh talked about working in independent projects and receiving multiple offers. He said,”I do get a lot of offers for independent projects but rarely come across melodies that inspire me enough to take the initiative.”

In an era where multiple composers working on an album has become a norm, Amitabh has mostly worked in projects which have solo composers. He reflected on this decision saying,”It is a conscious choice so far.” 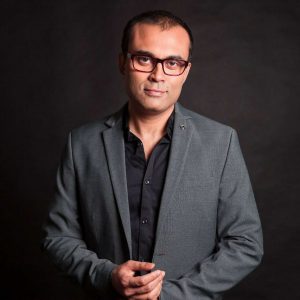 Amitabh has worked in several projects with Amit Trivedi and Pritam Chakraborty. He created hits such as Namo Namo, Sawaar Loon, Sham Shandaar and so on with Amit Trivedi, and Khairiyat, Naina, Ae Dil Hai Mushkil, Badtameez Dil and many more with Pritam Chakraborty. He highlighted his experience working with two classy musicians from the current age. He said,”Both have amazing and inspiring processes but can’t be compared with one another. Unfair to do that actually.”

Brahmastra has been one of the most awaited movies for the fans this year and the charm of the movie will depend on its songs and overall music. Amitabh talked about Brahmastra and what the audience could expect from it. He said,”Brahmastra is shaping up to be very exciting. That’s all I can share at this point”

Amitabh Bhattacharya has been an inspiration to budding lyricists and poets in the country. His contribution to the Hindi film industry is irreplaceable. In the end, he gave a brief message to up and coming songwriters and poets asking them to listening to good songs and brushing up their skills at writing with consistent practice. He said,”Keep listening and keep writing.”

Yoga programmes organised at 75 heritage locations across India with the theme ‘Yoga, An Indian Heritage’ on International Day of Yoga today