From topping Billboard charts to YouTube global diagrams to the Bloomberg Pop Star list and bagging a Hollywood film song ‘Breaking the Rules’, singer Jubin Nautiyal seems to be unstoppable.

He has been on rising with his international project the theme song ‘Breaking The Rules’ from the Hollywood film Initiation. Jubin Nautiyal was roped in to sing English and Hindi version of the track for an American thriller film helmed by John Berardo. Shot amidst pandemic and lockdown, the video highlights his love for his home state, Uttarakhand. “Breaking the rules is extremely special to me as it’s my first Hollywood track. Under strict film guidelines created especially for us as this was at the beginning of lockdown, along with a small crew, we were able to capture the true beauty of Uttarakhand which amplified the new sound that I have created with Rocky Khanna and 13-year-old Abhrahim Khanna, a music producer in India, for Malsons’ first American project,” said the singer. The film ‘Initiation’ has a global release on 17 May. 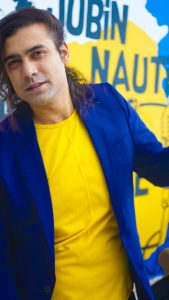 Seeing Uttarakhand moaning with Covid-19, Jubin has left no stone unturned and started helping patients and people suffering from a pandemic. In Lock Down-1, he helped people in Jaunsar valley where ration kits were were distributed to the people for months and raised funds through one of a kind digital concert in India. Helping the ones in need and keep the others entertained was the singers objective during the lockdown. Moreover, Jubin is currently set out to rural areas of Uttrakhand to distribute masks, sanitisers, medicines and necessities for the needy. He states, ‘hailing from the dev Bhoomi of Uttarakhand, we need to spread love and light, not panic and confusion. We can only defeat it if we stand together and fight together. This is the time to forget all differences in cast race religion and stand together as human beings. We are in together and I’m trying to best to help people in need in my hometown. I would request everyone to be safe and get vaccinated so that we can responsibly help others in need.’ 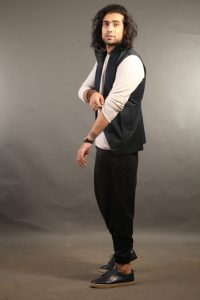 With a fan following in millions and reach across continents, Jubin is known for his excellent mastery over his craft and live performances. Taking India global with his English music and topping global charts, the singer was destined to reach great heights with his singing.

Singer Jubin Nautiyal is currently ruling the international music charts like Bloomberg Pop Star power Ranking April 2021 leaving behind internationally acclaimed singers like Ariana Grande, Bruno Mars, Cardi B and Snoop Dogg. Recently Billboard reported that Jubin Nautiyal’s Lut Gaye track is so far the eighth song by artists from India to crack the Global 200 and Global Excl. U.S. chart. Lut Gaye” topped No #1 on the Global YouTube Songs Chart, with over 628million views the song is yielding as the platform’s biggest song from Indian artist.