He says, “Acting was not my initial plan. In fact, I wanted to become a model. The modeling profession fascinated me and brought me down to Mumbai. But my paths changed after that. I had no godfather in the industry.

I joined an acting school and eventually started appearing for auditions. If I look back now, the rejection list seems endless. During that struggle period, the negativity of failure and such rejections used to hit me a lot. I decided to go back home. But after I reached home, I started getting calls for shoots and auditions. When I discussed with my father, he said if I would have stayed in Mumbai a little longer, I would have gotten work. He asked me to go back to Mumbai and give it another try. My family has been very supportive, and that’s why I survived.” 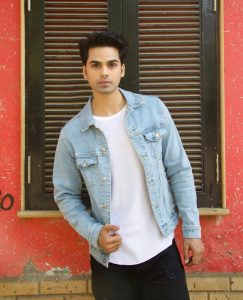 As he mentions, Prithvi’s family had been very supportive. That was his driving force. “Then gradually I got introduced to new circles and started with theatre. It continued for 6 months. I must say, theatre fills you will confidence. Then I got my first break on television with Zee’s ‘Tumhi Ho Bandhu Sakha Tumhi’. I have also done season 1 of ‘Sasural Simar Ka’. I would say, as an artist, I have grown and improved with time and experience.”

However, there is a story behind Prithvi’s name. It’s a lesser-known fact that Prithvi Tanwar changed his name from Mahesh Tanwar to Prithvi Tanwar. He narrates, “I changed my name from Mahesh to Prithvi in 2019. The reason is, I was close to my paternal uncle who carried this name. After his death, I wanted to keep his name alive. This is my small effort towards that.”

Prithvi hails from Chittorgarh Rajasthan, rose to fame with his unique screen presence and enthralling performance in Tumi Ho Bandhu Sakha Tumhi has now casted for the ‘Sasural Simar Ka’ show in a prominent role. He tells us about his first experience of shoot as, “It is an unmatchable experience when I first visited the set of my debut project. But the selection process for each project is the same. You have to audition for it and prove your excellence. Every show or project has its memories and stories.” 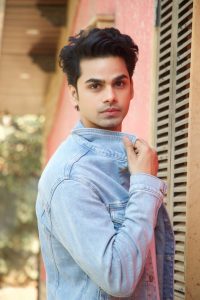 “I am in talking terms for a web series. Let’s see when things will be executed,” he concludes.