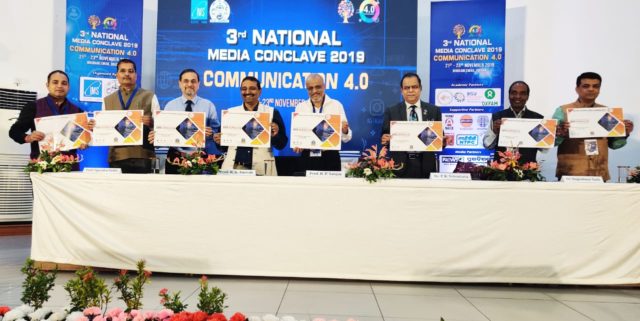 Bhubaneswar: The second day of National Media Conclave (NMC), Eastern India’s biggest stimulating platform, witnessed presentation of more than 80 papers by researchers across universities on Friday here at KIIT Auditorium. Six best papers will be awarded in the closing ceremony on Saturday.

The conclave will customarily conclude with Speaker of Odisha Legislative Assembly Dr Surjya Narayan Patro taking the stage to speak on rising of media from the east. Vice-Chancellor of Ravenshaw University Ishan Patro, Registrar of Birla Global University Dr. B. K. Dash and editor of Outlook Ruben Banerjee will join the closing ceremony.

NMC Award-2019 will be given in six categories to acknowledge the contributions of corporates, educational institutions and social sector organsiations to the society during the closing ceremony, said Director of IMS and chairman of the conclave Prof Upendra Padhi.