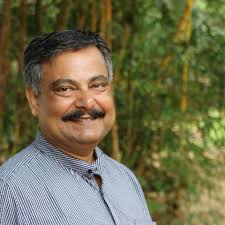 November 12, is observed as the Public Service Broadcasting Day in India to commemorate Mahatma Gandhi’s maiden visit to All India Radio (AIR) studio. On November 12, 1947, Mahatma Gandhi spoke on radio to the refugees from Pakistan, stationed at the camp at Kurukshetra. It was Gandhi’s first and last visit to the studio of AIR. He was a communicator par excellence. He had always emphasised on the service and advocacy aspect of media, two important pillars of public service broadcasting.

Public Service Broadcasting (PSB) is the broadcasting made, financed and controlled by the public, for the public. It is neither commercial nor state-owned. It is supposed to be free from political interference and pressure from commercial forces. Through PSB, citizens are informed, educated and also entertained. When guaranteed with pluralism, programming diversity, editorial independence, appropriate funding, accountability and transparency, PSB can serve as a cornerstone of democracy.

The roots of public service broadcasting are generally traced to documents prepared in support of the establishment of the British Broadcasting Corporation (BBC) by Royal Charter on January 1, 1927.

All India Radio and then Doordarshan had adopted the Public Service Broadcasting (PSB) model from their inception. However there have been challenges to this model, mostly from financial aspect. With the proliferation of cable and satellite television from late 80s, market-driven content began to gain prominence. Mainstream media tried to cater to the want of paying public and not to their need. This created a situation, where it is difficult to find a sane voice amidst cacophony. PSB is and will always be relevant and required as a watchdog of democracy.

Located at 6398 feet above the sea level and little above 8,000 population as per 2011 census Manali ought to be a quiet small town; ‘honeymoon capital’ that is what some websites say. Film actress Kangana Ranaut has a bungalow there- says another website. Rohtang Pass is just about 50 odd km and you can ski there, says yet another website.  Now I can’t really tell what enticed me to plan a trip there with family including my 77 years old mother. At first site Manali seemed to have far too many hotels and tourists that it can possibly accommodate. So you can see civic amenities bursting at the seams.

We stayed at a wooden log house at the PWD Circuit House, located adjacent to a small forest of Deodar and Chinar trees, walking distance from the Mall Road, the main shopping centre of the town. We explored the town by foot, which I believe is the best way to explore a place you have never been to. We went to Hidimba Temple, stopped at every bend of the road to look at the snow-capped mountains, also at roadside tea shops to strike conversation with the locals, who were courteous and friendly, tried to buy trinkets, which we found priced very expensively. We saw the Ramleela procession in which the characters danced and also did acrobatics. We found couple of restaurants serving Bengali food, which was cooked very badly and was prohibitively high-priced.

And then my wife demanded, “Show me some real ice, which I can roll into a ball and throw at you.” We were advised to visit Rohtang Pass to do that. So next morning off we went to Rohtang Pass.

At 13050 feet, Rohtang Pass that connects Kullu valley with Lahul and Spiti valley is not an easy place to go. In fact the name Rohtang means ‘ground of corpses’ due to the number of people who lost their lives trying to cross it. This pass is an ancient trade route between the people on either side of Pir Panjal.

But though travelling to Rothang Pass is still difficult, given the erratic weather and heavy snow fall in the winter months- now it happens to be one of the most popular tourist spot in Himachal Pradesh attracting over two hundred thousand tourists per year.

From tourism point of view, this place is amazing. You can roll on snow. Throw ice balls. Ski. In fact Rohtang Pass is all about soaking in nature’s might and beauty. Apart from trekking across the rustic terrain, there are a plenty of adventure activities in and around Rohtang Pass.

Once at this place, live your dreams to be on the alps in Switzerland. However, one note of caution: there could be altitude sickness. So take adequate medicine and drink plenty of water.

I was in Delhi just about a week before Diwali. The bazars were preparing for Diwali bass. My friends in Delhi were apprehensive about the pollution on Diwali evening, despite Supreme Court directions and guidelines.

Pratyush one of my former students, presently working in mainstream journalism in Delhi wrote in his social media page:

If you live in NCR, are literate enough to read newspapers, old enough to understand the implications and yet burst crackers, here’s my Diwali wishes for you – may you die sooner than later because you are digging a grave for all of us.

As I am writing this column, just after Diwali- I found Delhi is full of graves dug recently.

A Bank Manager was travelling by train. When the train started, He was traveling alone in the AC-I coupe. Sometime later, a beautiful lady came and sat on the opposite berth!

She then leant towards him and whispered in his ear, “Hand over all your cash, cards and mobile phone to me , else I will shout loudly and tell everybody that you are  harassing and misbehaving with me”

Manager stared blankly at her. After a while he took out a paper and a pen from his bag and wrote, “I am sorry, I cannot hear or speak. Please write on this paper whatever you want to say”

The lady wrote everything what she said earlier and gave it to him!

Banker took her note, kept it nicely in his pocket…got up and told her in clear tones…”Now shout and scream !!”

Moral of the story: DOCUMENTATION IS VERY IMPORTANT IN “ME TOO” AGE !!

The author, a journalist turned media academician lives in Central Odisha town of Dhenkanal. He has co-edited an anthology of lectures and essays on ‘Mahatma Gandhi: A Jouirnalist and Editor’ with Snehasis Sur, which has recently been released at Delhi. 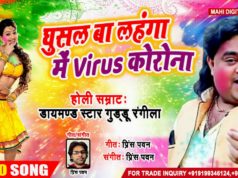 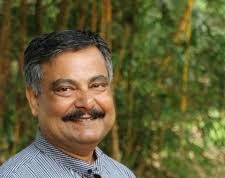 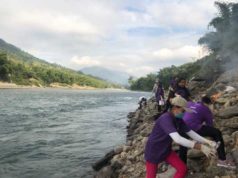