Bhubaneswar: Tridev Acharya, popularly known as Trixii AL, is a lyricist, singer and musician from Bhubaneswar. He was inspired to become a musician in 2014 after he listened to the albums of Modern Talking and took them as an example. His latest release ‘Light and Thunder’ gives the blend of the burning lighthouse of victimization and pain, and the strong message about hope.

Tridev(Trixii AL) talked about the creation of the song Light and Thunder. He said,”I wrote this song during my college time with a different meaning, different thought and even the name was given as ‘Love and Thunder’. Later on when we decided to do the song, I sat down with Saugato Roy Choudhary, the music supervisor and then we approached Anurag Mohapatra who prepared the scratch. After the scratch was created, we saw the lyrics weren’t compatible.”

He further added about the conception of the whole idea of the song saying,”While the song was shaping up, I had a small vision. In the vision, I saw a burning lighthouse in darkness and people were coming out of it. Some people were burning, some already dead and I was trying to save them. Then, the rain started all of a sudden. Keeping this vision in mind, I created the song. In this pandemic situation, as many souls are leaving the earth, we wrote the lyrics in a way to touch everybody’s heart. Not just the pandemic, but the scenario of Black fungus outbreak, cyclones, people dying due to hunger, it all helped in the making. Also there is hope in the lyrics which said ‘Heaven recalling,
don’t disappear from Life.
Wanna hold you, as strong so tight. There is a system of the truth.
Never to worry, there are some clue. ‘. So, you’ve got to understand what is delivered by the creators of the song. That’s how we created this wonderful track.” 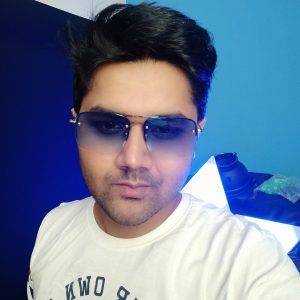 He threw some light on his journey and how he started out as an independent music artist. He said”It was back in 2014 when I came across the whole album Modern Talking for the first time. It was released in the 1980s. Somehow Modern Talking became one of my biggest inspirations. I was a big fan of classics, even during my childhood, which were quite different from the songs we listen to these days. I went to the studio for the first time in 2015, where I met Ajesh Mishra who had worked with Balaji Telefilms as a senior sound engineer. He saw my capability and asked me to sing. I started off with the cover of Modern Talking. It was posted on YouTube but I had to remove it due to copyright claims because they were complete covers of the original track. But I didn’t stop there and started creating my own music.”

Tridev(Trixii AL) explained about the scope and future for independent artists who want to make music in varying genres such as metal rock, punk rock, hard rock, jazz and so on. He said,”There’s a lot of scope as an independent artist. You’re not bound with things. But you should know what and in which field you want to glorify. You should not limit yourself to one particular genre. You have to know properly about what you’re doing. Like if you’re into rock or metal rock, you need to understand what rock is all about and the kind of instruments used in metal rock. So these are the basics you need to clarify first and then jump into a particular genre. In India, people listen to different kinds of genres, but mostly they are into romantic tracks. They do listen to metal, though it’s a mix. But in the West, there are a lot of scopes and libraries for many genres. You’ve got Kpop, Jazz and many more. But here we mix everything into one. You can’t figure out whether it is new age or pop-rock or synth-pop and could only categorize a few of it into pop, metal rock or rock because musicians who do these kinds of songs are not much exposed these days. That kind of music has a different essence. There’s always a scope but you need to understand the margin first and that becomes the ocean, no limitations”.

“Every artist has their own identity. They take different life situations and put it into a single short makeover to create wonderful content. So many artists have come up and there’s a high competition. So you can’t really categorize. Every artist in the rap fraternity has been amazing”, further adding about the independent rap artists from India. 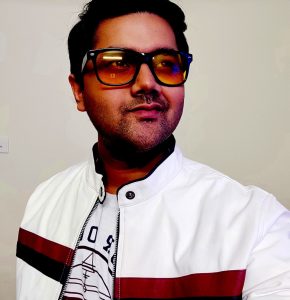 He then talked about creating the balance between profession and passion, and how successful work life requires support from near and dear ones. He said,”For me it is very easy to say. I give justice to my profession as well as my passion and it’s balanced. But there is another external factor in the picture in the form of your parents and the whole family who you live with. My family is a big support to me and I’m able to channelise everything so smoothly. The best thing is I can give time equally to everything and make the best of it. You need to have some sort of discipline in life to balance everything and you need to build that early from your school days or college days. If you’re an aspiring artist, you have to be very careful and detailed about what you’re doing. If you have the courage to go through it, it helps in achieving discipline and constructing your dreams in life.”

Tridev went on to appreciate the team who helped in the making of the song, Light and Thunder. He said, “We have a lot of projects and Light and Thunder was a large one that got released with Anurag. Anurag is one of the most talented guys I’ve ever seen and he has worked with legends like Shaan and A.R. Rahman. He has been managing this whole recording process really well. Apart from that Saugato, who has been a very good friend since my college days, is a wonderful music supervisor. He managed the entire project really well. He brought Tathagat into the picture who did the recordings. He played a vital role in this project to make it as best as possible.”

On the occasion of the World Music Day, Tridev Acharya(Trixii AL) had a message for all music lovers and artists, speaking about the joy of music. He said,”It’s a very big day for every artist. Everybody will be celebrating this day someway or the other singing different songs or maybe by going out of their genre and bringing something new for the audience. I believe on World Music Day you have all the freedom to sing, play or hum the song you like.”

“Caution must to avoid third wave, will not let tests lessen”- CM Chouhan