Actress Prakruti Mishra has taken her Instagram to respond bravely to social media trolls on her recent pictures saying, “There are lot many good and progressive-minded people, but there is another set of a crowd with hypocrites. They are only yours when you have success in your pocket and if you are not doing anything meanwhile, they won’t give a thought about you.”

Talking further about social media hypocrisy and her way of dealing, she mentions, “I have been getting such responses and trolls since ages. When a girl is on pages without a bra or something uncovered, that straight away hits on to the conservative society or community. It is fine up to that extent. But then the negative comments, calling out names, remarking, tagging someone just because they did a photoshoot, or it is their profession or that wanted to do it that’s very unethical. Because here I have to deal with all of it.

These are just jobless fellows who cannot do anything in their lives. They are sitting ready with their internet pack to just post rubbish on the internet. It’s their job to hate people for no reason. So even if I post a pic with saree they comment on my blouse design. So no matter how good you do, they will troll you.” 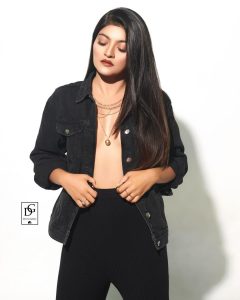 Days back on Facebook, Prakruti says that she used to bash on such comments. “That was during my college days. But then someone told me it’s their job to troll people unnecessarily, not mine.

If someone doesn’t have ethics, sense of understanding art and content then you know what they say is rubbish. It’s just the idea in heads that how come she is not wearing anything inside. This triggering mentality that men have a lot is troublesome. Sometimes I reply to 1-2 comments and that boosts my engagement,” she says. 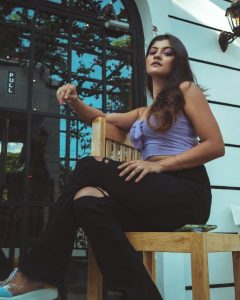 After carving a niche in Odisha, Prakruti is heading for the bigger game in Mumbai. Talking about her experience in Odia industry, she says, “Though I am brought up in the industry vibe around me, I never had that space or attitude for that ego build-up. Generally, it takes a lot of effort and courage for regional celebrities to step out and work anew in a bigger industry. I have always taken it as my job and I just wanted an upgrade. The struggle to enter the Odia industry wasn’t very difficult, but I never got the work that suits me. They couldn’t use my art or talent. But where they have used, those projects clicked. (‘Hello Arsi’). And when I went back, I have done a couple of movies in Odisha. One is ‘Pratyaghat’ a complete female-centric movie. Similar concepts, stories are never exciting for me in the long run.

I keep on travelling to maintain my balance in both Odisha and Bollywood.”

In past months, as Prakruti states, she has rediscovered her singing skills. Some of her latest releases have been widely popular and gained appreciation. Taking this as an encouragement gesture, she mentions, “Lockdown allowed me to polish my singing. My father always wanted me to be a singer but I chose acting. But during the lockdown, I rediscovered it, uploaded videos, met people and jammed. I have done an original and a cover of ‘Taaron Ke Sheher Mein’ with Swayam Pravash Padhi. I am not a trained one, but I do sing. Many have encouraged me in the meantime to sing. 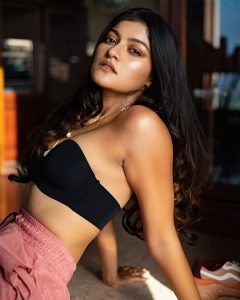 I am working on a couple of things in Mumbai with music. Of course, acting is my priority but since I have gained confidence in singing and my songs are already out in the market with people appreciating them, I will give it a shot.
I want to act on my own song.”

While talking about her upcoming projects, she puts her idea of struggle in words by saying, “Struggle is waking up every day, putting on make-up, going and asking people for work. An artist’s journey is a struggle in itself. I take things lightly because I believe as long as I know my art I will never sleep empty stomach. But the mental struggle is very real.

I also face financial issues as I belong to a middle-class family.”

“I have done ‘Prachand’ with Pitobash which is soon to be released on mainstream OTT platform. There is another series called ‘Ditch Witch’ to be released on MX Player around March. Vikas Varma is starring opposite me. ‘Pratyaghat’ is an Odia film of mine which will be out around April this year,” she concludes.