Tanishk Bagchi has established himself as a modern day genius in today’s generation. With some fabulous songs such as ‘Banno tera swagger’, ‘Makhna’, ‘Dilbar’, ‘Lut Gaye’ and many more, Tanishk has clearly proved himself to be an undisputed musical superhit-making machine in the music industry. From starting his journey in Kolkata to the place he’s at right now, Tanishk Bagchi gives a brief insight about his life as a musician.

Tanishk initially threw some light on the delayed projects in Mumbai. He said,”Here in Mumbai, we work in the studios. I had been working all this while. But due to the lockdown, some of my projects have been delayed such as Sooryavanshi and Dostana 2. So, there’s a little tension regarding that, otherwise it’s all fine and the work is on.”

He highlighted the versatility in his recent hits and the kind of songs he is going to make in future. He said,”I wasn’t really supposed to make ‘Patli Kamariya’. My zone of songs contains ballad and mostly romantic songs such as ‘Lut gaye’. I did ‘Patli Kamariya’ because T-series had already planned the dance hit. But I targeted more at ‘Lut gaye’ and it got popular. ‘Patli Kamariya’ was good. It was an experiment, worked out fine and people liked it. There are a few more heart touching songs coming up. So, stay tuned.”

Tanishk credited the people in his life for supporting him in his journey and the position he’s at. He said,”I would first credit my parents as they introduced me to music and I’m nothing without music. Secondly, I’d wanna credit myself as I remained patient for all these years and I knew I’d make a name. So all the hard work was worth it. Thirdly, I wanna credit Aanand L. Rai as he gave me my first break with ‘Banno Tera Swagger’ from Tannu Weds Mannu Returns. Lastly, I would credit all the producers, artists and directors who I worked with and helped me walk in this path after I was launched.”.

Tanishk went on to talk about Kolkata and what brought him to Mumbai to pursue his objectives in the music industry and his future plans for pushing young talent. He said,”Although I’m from Kolkata, I got accepted in Mumbai. I’m a little bit disappointed that I couldn’t make a name in my hometown as I didn’t get much support. Just like we have record labels over here who recognize the talent and give them the platform, the case wasn’t the same in Kolkata. I got popular amongst the youngsters while I was performing in college but I couldn’t grow on it as there was no support from a certain label. So I had to come to Mumbai. Well my Dad, who passed away a few months back, struggled a lot in Kolkata, but he didn’t get much support. Same could have happened to me had I not travelled to Mumbai. I have a plan in the future to make a label to connect musicians from Kolkata to all over the world and artists like me get the recognition despite living in Kolkata. So after I lost my Dad, I’ve started taking this plan a to the heart” 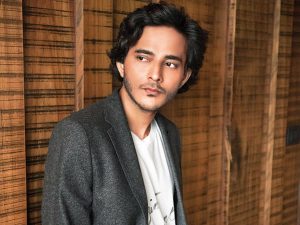 He explained why he had been away from live shows and how eager he is to perform live. He said,”I used to have shows earlier, but then I lost the knack to perform. I’ve become a lot more studio-oriented. So to get out of this and perform live is going to take a bit of time, but I’ll surely do it. I had sat down with my manager to plan the shows post the lockdown. One good thing that happens in live shows is your fans and well-wishers get to see you. I’m not so active on social media due to the reason that I keep working and when you’re in that vibe, it’s pretty tough to get out of it.”

Tanishk gave a very organic insight to his real self and his journey to explore his real self. He said,”I feel that the real Tanishk Bagchi has yet to come. What you see, what you listen to is basically an alter ego of me in which I’ve built myself for this music industry. I serve exactly what the producer, the director and the artist wants me to do that sells and becomes a hit. As far as the audience’s Tanishk Bagchi is concerned, he’s organic and close to the soil he belongs to. You leave me in a village, I’ll produce music and at the same time I’ll do farming, fishing and choose to stay with my family. Unfortunately, this life isn’t possible as I’ve entered this race and I’m hustling. I’m still seeking my real self and finding ways to present myself. People may have seen me having dreadlocks and coloring my hair. Maybe I don’t do it knowingly. There’s an identity crisis in the process of finding myself. Sometimes I make romantic songs like ‘Ve Maahi’, ‘Lut Gaye’ and sometimes I make dance hits. There’s a fire within, the real face is yet to unfold. The ideology about music since I entered Mumbai has vastly changed. Maybe when I get settled in life 5 to 6 years down the line, I’ll be able to find my real self.”

He mentioned about dealing with trolls online and the credit that a hard working artists actually deserves. He said,”Whether I accept the troll or not, I don’t have anything to gain. So I avoid it. There are so many musicians who’ve called me up and asked me for work during this lockdown. Many quality musicians do have work and they’re stuck. In all of this, if people say don’t do this, don’t do that, stop making recreations, it honestly doesn’t matter. Through my work, I make sure to bring new artists and bring back the old quality artists. I’m going to tell you the truth deep down, when RD Burman was alive and making good music, no one really highlighted him the way he deserved. But when he passed away, his songs got recreated and got even more famous. I wonder why can’t you give credit to the artist when he’s alive and you give it after he passes away. I don’t want that life. That’s something I want to end. Apart from that through my recreations, I want to take back the younger generation to connect and credit the artists who made the original.”

“Not that I’m the only one doing it. Vishal- Shekhar, Amit Trivedi, Sachin-Jiggar, Amaal, they’ve all done it in the past and it was already prevalent. But what I did was I brought these recreated songs to films. The Makhna song didn’t have much promotion, yet it was such a hit. People take YouTube views very seriously. Take a look at the ranks ORMAX, iViews, how much the song has streamed and you’ll get an idea. All I want to say is that both originals and recreations are music and both require hard work. I try to combine the original singer and a new singer just like we did in Aankh Maarey and I credit their work”. He further added addressing to his musical experiments and their success 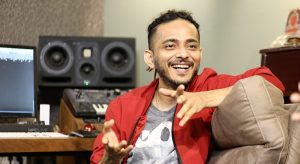 In the end, he gave a heartwarming message to his followers and young emerging musicians. He said,”My message to the young musicians would be to keep your intentions clean and delete your jealousy. Use your jealousy to work better and produce better work and always keep your intentions clear. Don’t think you’re gonna steal from somewhere and get away with it. Keep your patience because it is necessary and one time wonders don’t work. There’s so much to offer on social media, so keep listening to songs. More you listen, the better you become and you improve your singing and music. Whether you live in Kolkata, Mumbai, New Delhi, New York, use your social media to present yourself and be confident about what you’re presenting. Honesty in music is what people want. Keep being grateful to your parents and well-wishers.”

“In India, musical variation is more than anywhere else. By the time you realize this, someone steals the concept from outside. We need to push India more musically. Whenever there’s a hit song, the producer, director and lyricist are not that pushed. But producers like DJ Snake or Marshmallow are pushed and promoted well. If our lyricists and producers get the due credit, our music industry would be at some other level.”, he further said pertaining to the value of Indian music and what needs to be improved in terms of promotion. Tanishk believes that if the song creators get the credits and promotion that they deserve, the music industry in India is going to grow big time and inspire artists.