Singer Mohammed Irfan Talks About ‘Re Mana’ And ‘Belafz Baatein’

One of the hit songs in past ‘Re Mana’ has been recreated with Bollywood singer Mohammed Irfan’s soul-soothing voice who has also sung the original version.
Premiered on 25th February 2021, the song has been released under Dhun Musical label.
Irfan, who had sung the original track years ago as well, says, “I am thankful to the people of Odisha for showering all the love on me. I have got so much love and warmth from Odisha people since the beginning of my career. I guess, that was the vibe that encouraged this situation and I sang ‘Re Mana’. And that increased my approach to Odia people even more.”

The video also features Irfan in some part. He says, “The story goes back in time. I remember, Abhijeet Mazumdar and producer P.K Mishra had called me and approached me to record the song. I was a bit nervous because it was going to be my first song in Odia. I don’t know the Odia language. I took some time in my hand, worked upon my diction and recorded the final version. Things happened very smoothly in a good way. But I didn’t know they are also going to record the video. So when you see me in the video, I seem to carry myself in a very casual manner. 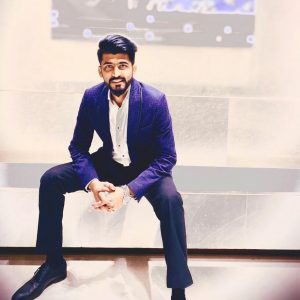 Since the song is recreated again, I had to re-dub it. Though the makers wanted to take the older version for the video, yet I insisted to sing it again.”

Irfan has performed live multiple times in Odisha before. About live shows, he has to say, “It’s very important for a singer to catch the correct mood, diction, and language of a song, and be versatile especially when you are performing live. The audience likes to listen to all kinds of songs.”

When asked about his selection of songs, Irfan says, “After ‘Dard Dilon Ke’ and ‘Baarish’, I started getting similar songs to record. Though I love to do such romantic and sad songs, I, later on, got some similar songs which I didn’t like but I sang for the sake of the audience. But then I thought not to take it this way. So I am very particular about the kind of songs I sing.
In future, if I get a good concept with a good song, then I would love to get featured myself in it.”

Talking about remixes and recreations, Irfan puts his personal opinion by saying, “I am not a big fan of recreations and remixes. But I don’t mind if it’s done from the perspective of an independent project. I don’t like recreations for films. Because every film has a different story. So, I believe, films should have original music. I had featured in Ajay Singha’s Bollywood unwind series. I use to get a lot of requests saying that people want to listen to old songs in my voice, fresh concept and interpretation. 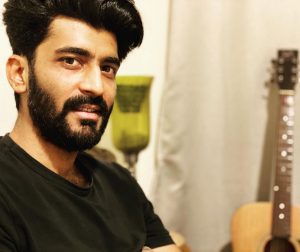 Since films have just begun to release in theatres, and not too much is happening on that page, so many film songs are on a halt. But yes, I have been working on quite a few songs.”

He has sung the song ‘Bheegi Bheegi Raaton Mein’ recreated by composer Ajay Singha for ‘Refresh’ on Sony music label. His another song ‘Tum Mere Paas’ by Zee music is also one of the latest releases. It has been composed by Sugat Dhanvijay and penned by Shayra Apoorva.

Irfan’s new, original song ‘Belafz Baatein’ by Sony music is also out on YouTube. The song is penned by lyricist Kunaal Vermaa, and the music is given by music composer duo Prem & Hardeep. The song stars Aashim Gulati, Tanaya Sachdeva, and Vikas Verma.