After winning hearts in West Bengal and across the country with his voice on YouTube, singer and composer Raj Barman is gearing up for the bigger picture in Mumbai. Raj, who has remarkably paved his career in music, says, “I had started my YouTube channel around 2009-10 but it came to notice after I made a cover of Tere Sang Yaara. I had in mind to do music in a full-fledged way but YouTube gave me a boost which by luck came in the way.
Gradually, TV and Fm were replaced by YouTube. It is completely about the number game. I have done a lot of covers, though I feel the market of original music is saturated because of this as everyone wants to become a singer on YouTube.”

The definition of ‘new-age has been taken over by digitization. Raj considers himself as an independent artist for whom YouTube became a medium to spread his talent. Sharing his vision and idea of visibility he says, “Even though I am an independent artist, I am not really worried about the visibility as music is important for me. So people should know me for my voice not just by face. 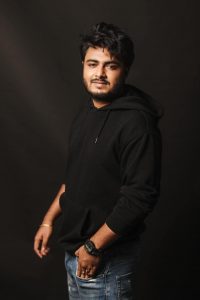 When an influencer promotes a product, the company rewards the revenue. For that, you need to have some organic following and proper visibility. That makes an impact.”

He goes on, “I love music and that’s why I do. That thought reaches people. I don’t consciously use my graph or popularity to capitalize anything. I just take what comes on the way.

A fact that would fascinate our readers is that Raj shares striking similarities with Bollywood singer Arijit Singh in terms of voice. About this constant impression Raj comments, “Initially, I used to get agitated due to the constant comparison of Arijit Singh and me. Though our voices are quite similar, I cannot help it. But now what matters is the quality I deliver to my audience.

Initially, I wondered why people found so much of similarities, but later on I understood that it’s their love for Arijit Singh which makes them hear him in my voice. So, its quite alright for me. My concern is that the song should sound good. It doesn’t matter if I sound like me or someone else. A singer cannot be bigger than the song as the song carries a whole poetry. A singer is just a medium to it.”

Being a composer, Raj believes in the independent composition of music. “Generally, when a singer starts composing too, other composers do not approach them much. If it is YouTube then not a problem, but if it is about movies, then one faces this problem. However, I haven’t faced this yet because I do my work independently. I don’t encourage any kind of biased mentality. I respect music as an art and what I present for the final output, should be qualitative. The song has to be on top, then comes music and then comes the singer,” quotes Raj. 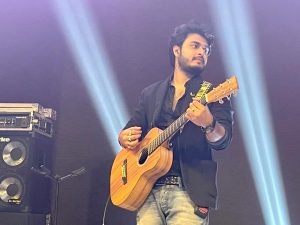 He regards singer Kumar Sanu as his idol. Says, “I consider myself as a musician in the first place. Besides that, I haven’t faced many difficulties in playback singing as I have followed Kumar Sanu a lot from my childhood days.”

He also says, “Generally, when a singer starts composing too, other composers do not approach them much. If it is YouTube then not a problem, but if it is about movies, then one faces this problem. However, I haven’t faced this yet because I do my work independently.”

Raj has recently debuted in Bollywood. His works include- Tum Pe Hum Toh (Bole Chudiyan), Nahi Bolna (Bole Chudiyan), Rona Nahi, Beliya.
He says, “I take whatever surprise comes on the way. Bollywood is one such dream. Right now I am focused on my YouTube and creating independent music. If I have to start from scratch someday again, I guess I would be very comfortable around there in that way.”