Solanki Bhowmick is an emerging face when it comes to fashion industry. Solanki has been following her heart for modelling and blogging since 2016 after she bagged the runners up of Miss Photogenic Odisha of the year. She was also a semi finalist at Dellywood’s Miss & Mr. India 2016.

It was during her engineering days, a huge turning point happened in her life when she was offered a film to work in Ollywood. 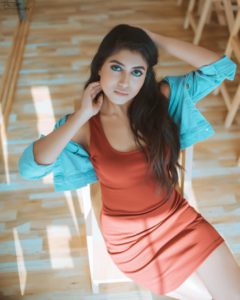 Solanki, who has featured in number of endorsements and campaigns like Tanishq and Ikonik Professional, has debuted in Ollywood with ‘Premi Diwana’. Her music videos under Zee Music are the title track of ‘Premi Diwana’, ‘Chahun Chahun’, ‘Samaya Kouthi Aji’, ‘Mana Chorei Nelu’, from the movie, as well as ‘Mate Ishq Hela Re’ title track.
She is keen about makeup and fashion blogging. She expressed that her dream to be in on silver screen has been a long due. She also expresses her gratitude to Sneha Films and Productions for who launched her as the lead actress in the movie. Solanki is looking forward to her upcoming release ‘Mate Ishq Hela Re’. 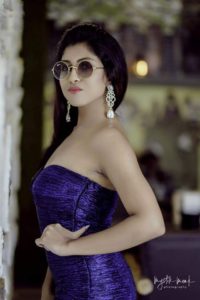 She recently has started with travel vlogging on YouTube. Her first vlog is on her visit to Nepal.