This is perhaps the first time that PM Dahal has attended a public function wearing Daura-Suruwal. The Chairman of CPN (Maoist Centre), the newly-appointed Prime Minister Dahal, has garnered the support of 169 members of the House of Representatives. 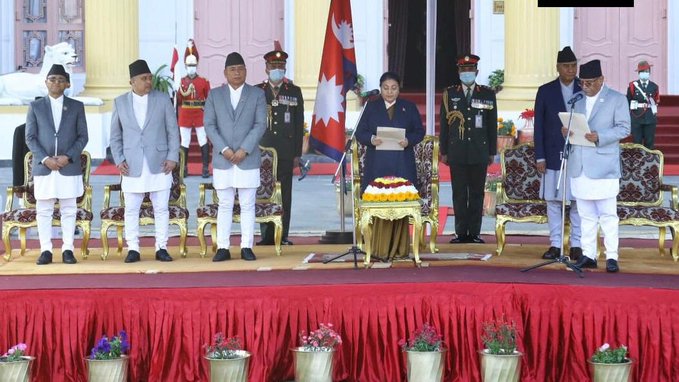 Dahal was sworn in as the 44th Prime minister of Nepal amid a special ceremony organised at Shital Niwas, Kathmandu.

Bishnu Poudel of the CPN-UML, Narayan Kaji Shrestha of the CPN (Maoist Centre) and Rabi Lamichhane of the Rastriya Swatantra Party were sworn in as deputy prime ministers.

Poudel has been given the portfolio of Finance Minister while Shrestha will head the Ministry of Physical Infrastructure and Transport and Lamichhane has been appointed as the Home Minister.

Give Up Smoking, Stay Away from Frightful Chronic Obstructive Pulmonary Disease