Bhubaneswar: Odisha DGP RP Sharma reviewed security arrangements at Kalinga Stadium for World Hockey League. The DGP accompanied by Police Commissioner YB Khurnania reviewed the arrangements made at the entry and exit points and other facilities at the stadium. 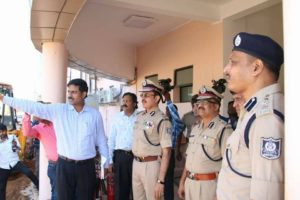 “Arrangements for the security and safety of players inside the stadium, their accommodations and during the daily movement of participating teams were inspected. We have the responsibility to ensure tight security at the venue for the VIPs, officials and guest delegations from other participating countries during the event,” said Dr Sharma. 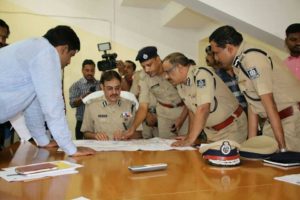 Sources said the visitors would enter and exit the stadium through six gates during the league. Besides, special arrangements have been made for the security of the players during their stay in hotels and travel to the venue. Since the stadium has a capacity for nearly 10,000 spectators the district administration would strictly monitor distribution of tickets, parking of vehicles and traffic.

Players from India, Australia, Argentina and five European nations will take part in the hockey league, which will conclude on December 10.

Jaga happy on his mother’s lap, Kalia in Neuro ICU