Hyderabad: Odia girl Sindura Rout makes it big in Telugu films. She was born in Bhubaneswar, Odisha , India . In January 8 , 2018 she’s going to be 18 years old .
Sindura Rout is an Indian film actress and model who appears in many Telugu film . She was featured in a Swatcha Bharat Ad in 2015 by CNN. In addition to acting in films , She has an active social media presence . She also supports various charities and causes . She also has a non-profit organisation named RASIND . She has been doing all these social work when she was just 14 .
She is a trained Odissi , Kathak , folk and western dancer . She performed in largest odissi dance in 2011 for Guinness book of world record. She also took part in India’s dancing superstar in 2013 . Also in 2010 & 2011 , she performed Odissi in Dhauli mahotsav , odisha . 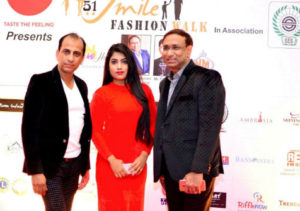 She is debuting from a Telugu film ” Maro Drushyam ” and within 3 months she signed another Telugu film and is filming for the same .
She is recently featured as cover girl in one of the leading magazine cover page of hyderabad . She was also featured as the cover girl of a Hyderabadi clothing magazine .She also judged a modelling contest ‘ Super Model Hunt ‘ held in Hyderabad . She was also invited as guest to launch the audios and trailers of various other Telugu movies . Recently in a charity event for 51 smile – walk for the cause , where lopamudra raut was the showstopper , she was invited as the guest termed in a leading Telugu newspaper as the new ‘glamdoll’ of Hyderabad because of her glamorous look in a red long gown .