Swine flu is a deadly form of influenza caused by the influenza A virus. Since the first swine flu pandemic broke out a decade ago in 2009, it has been on the checklist of health organisations around the world. Even with awareness of various swine flu prevention practices, it has sadly resurfaced in India again. 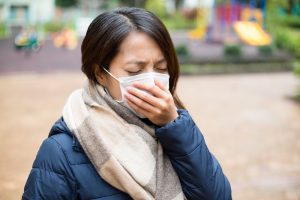 In 2019 only, swine flu has claimed 312 lives across India and has affected a total of over 9000 people. Such numbers are worrisome and adequate measures to contain the virus are more crucial than ever. The Government of India has issued warnings across many states and have issued an advisory to stop the virus from spreading.

What is Swine Flu?

Swine flu or H1N1 is a strain influenza A virus that affects pigs. It spreads to humans through a combination of various genes. The symptoms of H1N1 resemble that of the regular flu. Hence most people don’t take it seriously which puts them in danger.

How Does Swine Flu Spread?

H1N1 is extremely contagious and spreads through mucus particles and saliva. It spreads like regular flu and can spread from touching a contaminated surface to mouth, nose or eyes. Influenza virus typically infects the cell lining of the nose, lungs and throat. Hand hygiene plays a critical role in preventing the spread of swine flu, therefore using Dettol hand wash is mandatory for swine flu prevention.

Since swine flu is deadly, it is necessary to determine its symptoms for timely treatment. Some early symptoms may resemble the flu. Hence it is vital to get tested to eliminate any doubts. Below are 5 early symptoms of H1N1 or Swine Flu that one should never ignore.

A sudden fever that is typically above 100.4˚F. The difference between swine flu and cold is the onset of fever, which is immediately (sudden) in the former and the slowly (gradually) in the latter. If the fever is unexpectedly high, sudden and is coupled with other symptoms, see a doctor immediately. However, there are cases of swine flu where fever may be absent, but there will be a presence of other symptoms. Other than that, in extreme cases, swine flu can cause high fever and even pneumonia – both of them may induce chills.

Another symptom of regular flu that is seen in the case of swine flu too. Coughing is typically severe and common in all cases of H1N1. In some cases, an acute lung infection and difficulty in breathing is observed. There is also severe congestion along with a cough.

People who are affected by swine flu have prominent instances of headaches. The headaches are severe and can last the entire day. General body aches and pain are common and usually severe. Swine flu patient can also experience chest pain and a feeling of pressure on the chest. Abdominal pain is also common and may also induce diarrhoea.

Feeling more tired than usual is a common symptom. There will be difficulty in moving and doing basic chores. In severe cases, it can couple with pain and make mobility extremely difficult. Swine flu patients experience exhaustion and a feeling of being completely worn out.

Loose and watery stools are common in swine flu patients. Diarrhoea may also be accompanied by vomiting. Both diarrhoea and vomiting are common in children. Even patients with swine flu need to maintain hand hygiene and use Dettol hand wash to stop the virus from spreading to others.

How to Prevent Swine Flu?

Swine flu is highly infectious and quickly spreads through sneeze, cough and hands. It is spread by germs that can linger on the hands and surfaces for up to 24 hours. The best way to prevent swine flu is by maintaining hand hygiene and using Dettol hand wash as often as possible.

Other than that, people must avoid contact with anyone who’s under the influence of the virus. For someone who travels in public transport and spends much time outdoors with many people, carrying a Dettol hand sanitizer is mandatory to maintain hand hygiene. People can also wear a surgical or pollution mask depending on the air quality in their locality.