On his recent visit to Bhubaneswar, bollywood singer/lyricist Yasser Desai expresses about having a magnificent show in the city. On a candid not with us, he says, “I had a lovely show in Bhubaneswar. Infact after a long time I have started travelling and it feels really great. This was my second show after a period of one year. And I guess a little anxiety is good for a great show ahead.”

Yasser debuted in bollywood with ‘Main Adhoora’ and ‘Mere Peeche Hindustan Hai’ for movie ‘Beiimaan Love’. There’s been no looking back since then. He has lent his voice to some of the timeless hits like- ‘Beh Chala’ (URI: The Surgical Strike), ‘Pallo Latke’, ‘Jogi’ (Shaadi Mein Zaroor Aana), ‘Makhna’ (Drive), ‘Jitni Dafa’ (Parmanu: The Story Of Pokhran) and so on. His song ‘Naino Ne Bandhi’ (Gold) was a smash hit. He has also predominantly worked in regional industries. 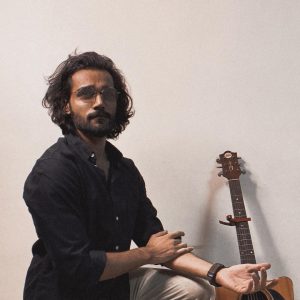 His latest song ‘Saiyyonee’ with composer duo Gourov Dasgupta has left listeners with no words but in wonders. He says, “The response of ‘Saiyyonee’ has been great. I heard the song 7 months back and I was in awe. I already loved the track and fortunately, Gourov Dasgupta told me to do the song. I did it and it’s doing great which feels even greater. Asim Riaz and Shivaleeka Oberoi are looking fabulous on screen.”

Yasser’s Instagram live is also popular amongst listeners due to its uniqueness. Talking about it he says, “I am a 90’s guy, and we didn’t have much of these technologies back then.
We used to get excited when radio played our favourite music. I remember when ‘Kal Ho Na Ho’ was released, radio played the title track in every 10 mins and I used to be very excited. So I want people to listen to songs instead of watching.” 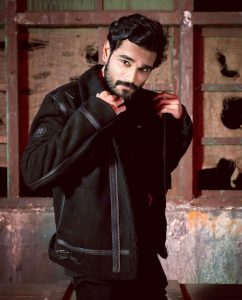 He informs about his other latest song ‘Bepanah Pyar’ with Payal Dev. The song features popular television actors Surbhi Chandna and Sharad Malhotra. He says, “Music is always a medium of expression of one’s truest emotions.” He feels that music is an audio medium at first. “Though nowadays, posh music videos are in a trend, I want people to go back to older times of Rafi Saab, Kishore Da, Manna Dey. Amidst the evolving time, we always miss or look for the period we grew up in all respects. For me, its music that takes me back there,” he concludes.