The name behind some timeless pieces of music in ‘Khakee’, ‘Raees’, ‘Talaash’, ‘Delhi Belly’, ‘Tanha Dil’ (album), etc., music composer/producer Ram Sampath has brought a new wave to the Indian music industry. In an exclusive interview, Ram has shared some candid and lesser-known facts about him and his musical journey.


Q. How has Covid-19 affected the industry?

A. The lockdown period hadn’t been much difficult for us. Fortunately, we didn’t face any financial issues. The period has been utilized well towards music.


Q. Since you are into music from the age of 10, what made you take up the journey as a composer?

A. I always wanted to be a composer. However, my family wanted me to be a singer. But I was always fascinated by the cover behind a song. Even in football, I am a big admirer of midfielders instead of strikers. I love the ones who control the game. So, music-making was the main purpose behind my becoming a composer. I always preferred things out of the spotlight. I believe that makes me a good music producer.


Q. Having primarily worked in the advertisement industry, how ‘Khakee’ became a game-changer for you in Bollywood?

A. I was into the advertising industry but I had a fascination towards Bollywood. I feel, ‘Khakee’ of Rajkumar Santoshi was a great opportunity. He is a superb director, the whole team and the star cast were wonderful. He is very good to work with music.

I had composed ‘O Ri Chiraiyaa’ as mukhda for ‘Mere Maula Karam Ho Karam’. But somehow, it didn’t work for that situation. In Khakee, I composed the melodies first and then Sameer Saab wrote the lyrics. But for Mere Maula Karam Ho Karam, he wrote the lyrics first. That’s the magic that you never know what comes first. It is great that Richa Sharma sang it. That song just blends with the film. When Richa started singing it on live or TV the song began to get noticed. The soundtrack of Vaada Raha has three versions with Arnab Chakraborty, Sonu Nigam, Udit Narayan.

Q. Tell us about your comradery with Shaan, your albums together- ‘Love-Ology’ and ‘Tanha Dil’.

A. I used to work in a studio at Colaba where Shaan used to come and record jingles. There we became friends and decided to make albums together. We created Love-Ology. But I realized we need to touch hearts to make pop music. That’s how we made ‘Tanha Dil’. I have spent a lot of time with that album. I believe timeless songs are the true hit songs. 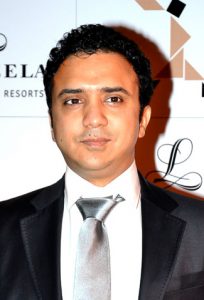 Q. Sona Mohapatra has always been bold and outspoken about several issues. Has that brought any controversy professionally or personally?

A. Sona is outspoken and frank about several issues. But I never faced any problem due to this because most of my friends belong to different industries. I have very few friends in the entertainment industry. Moreover, she is an individual and has got all the rights to express herself. It doesn’t matter if we agree or disagree on certain issues.


Q. How difficult it has become for a new artist to carve a niche in the minds of the audience by his music?

A. The biggest difference is it has become more difficult for younger musicians. We had challenges too. But we had the guarantee that Tanha Dil will be watched on the television. But it comes with a question mark now. When you finish a song, it is not guaranteed now that whether it will be watched or not. But I feel it is a good thing that people enjoy lyric videos or audios more nowadays. It is not easy to release music. Slowly systems are coming into transparency. First of all, if we are taking any artist’s work, we should act responsibly towards it.

It is mostly very difficult to get musical freedom in Bollywood. It is somewhat similar on the part of singers also. Nowadays, they make 14-15 singers sing the song. Even before the last minute, no singer knows if his/her voice has been finalized. That breaks the confidence of an artist. It is a terrible situation to put an artist in. But at times we have given a great artist a song worthy of the stature which requires a lot of push. Rituraj has sung in two films for me too which haven’t got through. It is saddening because he is one of the great artists I have ever worked with.
But some people work only on merit. So let’s keep doing what’s right and keep connecting the right people.


Q. How was your parents’ reaction towards your aim towards music?

A. My parents are very broad-minded and supportive. They celebrate everybody’s success. It is a beautiful household to grow up in. 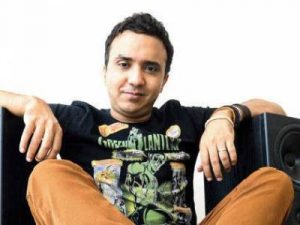 Q. Have you reduced working for mainstream movies after ‘Raees’ and focusing more on commercials?

A. We worked on Raees for three years in a process that got boring after a point. This should never happen. But we have recorded its BGM live with some fantastic musicians at the YRF studio which was a great process. It was primarily because nobody was disturbing us.

A. The idea behind my YouTube’s ‘Story Behind A Song’ germinated when I realized that the audience should know how the final version of a song comes out.


Q. ‘Daav Laga’ was initially made for the movie ‘Aage Se Right’ but later was taken by Microsoft for Windows 8. Tell us the story of it.

A. Daav Laga was made for the film ‘Aage Se Right. Another friend of mine Amartya Bobo Rahut was working as the composer for the film.

Praising Odisha’s singing sensation Rituraj Mohanty, Ram concluded, ” ‘Sahib Nazar Rakhna’ is a beautiful song by Rituraj I did for Bhootnath. It is a rock ballad. I wish more people would know about that song. We have done another song together called ‘Maula’ from the movie ‘Bangistan’ as well.”