“Listenership in Odisha has changed over the period of time,” says singer Arpita Choudhury

The current singing sensation Arpita Choudhury from Odisha believes that independent music and digital platforms have become the big picture in the Odia music industry. She joined us in a candid conversation where she said, “People are opting more for independent music especially on YouTube. That is because the new-age creators are taking the risk and experimenting. We as artists are getting to break the monotony through this which is reaching out to the audience. If an example is given, Kuldeep Patnaik is one such name in our industry,” says singer Arpita Choudhury.”

With a melodious and earthy touch in her voice, Arpita Choudhury won the hearts of Odisha people when she appeared in the regional singing reality show ‘The Voice Of Odisha’ season 1 in 2011. She bagged the runners-up position and there was no looking back then. She also has appeared on Prarthana TV that made her a household name in Odisha. She has also lent her voice in many Odia films as a playback singer and albums for popular music labels that added another feather to her cap. Her works include- Dil Ka Raja, Emiti Bi Heipare, Guddu And Guddi, Tokata Phasigala, Love Express, Suna Ra Chadhei, Champion, Devdas. 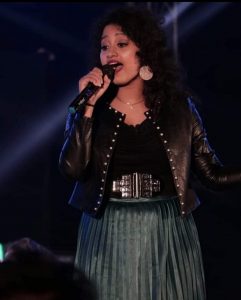 She says, “Listenership for non-film music has grown over the period in the Odia industry. The perception regarding playback singing in movies and independent music has changed. I have started with digital platforms like YouTube and people loved listening to me there. I have sung in movies too, but the recognition and love that YouTube has brought me, I didn’t get in films.”

The recreated version of the iconic song ‘Nahi Mo Pade Aji Nupura’ is one of Arpita’s most loved and popular songs. Her songs ‘Mana Khojuthila Gote Premika’ with singer Humane Sagar, ‘Kie Achi Mora To Binare’ (solo), recently released ‘Sefali’ with Kuldeep Patnaik, etc., have won hearts across Odisha. Well, a lesser-known fact about Arpita says that it was her love for Odissi dance that brought her to the world of music. Not known to many, Arpita is a trained Odissi dancer and music played a secondary role and eventually became her life path.
“My journey kicked off with Odissi dance at some random period after I won the second prize in a national level solo dance competition in 2002. But destiny had its plans and I eventually got into music when I was in sixth grade. I am a disciple of Guru Sri Bibhudutta Nayak who nurtured the music in me and Guru Sri Jayanta Sarkar from whom I am presently learning (Kolkata). Although I have many state-level awards and recognitions, it was Voice Of Odisha in 2011 that gave me a platform to pave on,” shares Arpita. 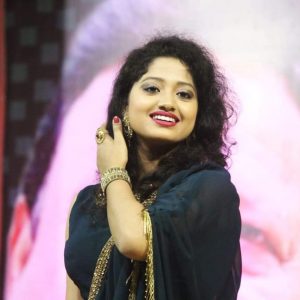 Arpita is one of the talents who made it into the ‘Super 100’ on Zee SaReGaMaPa in 2016 and Indian Idol- ‘Top 60’. She credits her family and Gurus for their unconditional support and encouragement. she regards singer Sonu Nigam as her icon.

She further adds, “People will listen what you will cater to them. It’s a huge responsibility. Over the years, people were listening to substandard content in Odisha. It was during a pandemic when a new wave of music made a big impact in the listeners club. Since digital platforms have given me this space, I majorly devote efforts to my YouTube channel. Be it covers or original content, I believe in pitching some newness in it.”