KK : The Man Who Celebrates Music

When the chords of music hit at the right corner of heart, then melody rules life. The eternal Bollywood singing sensation KK, who’s voice has made homes in hearts of millions, had recently graced the occasion of historical Baliyatra held at Cuttack, Odisha. His performance of his forever hits ‘Tu Jo Mila’, ‘Zara Si’, ‘Tadap Tadap’ and many more mesmerizingly kept the audience glued to the ground.
However, either as an admirer, as a follower, or as an idol, there is always a curiosity bubbling in the heads of many to know about the journey Krishnakumar Kunnath aka KK. 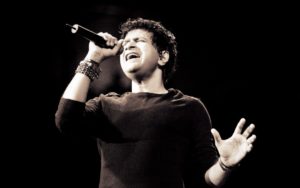 Though he was always inclined towards singing, KK never had thought of taking it on a serious note for a lifetime. In fact, much before KK started with his fortune in the world of music, he was working as a marketing executive in a corporate firm. He was into it for the sake of financial sustenance, but his heart wanted to live in music. Then he did what most of us think and give up- taking the flight of his passion. He was making jingles back then when his wife called him to Bombay. They were expecting their first child, it so happened that Bombay embraced him forever. 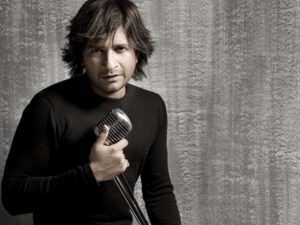 Rejections are the heavy steps of the staircase where you must not stop getting disheartened. After a period of agreements-disagreements, KK began with making jingles in Bombay. He always wanted to work in albums rather than getting into playback singing for movies. In the year 1999, KK debuted with his first-ever album ‘Pal’ under the banner of newly-launched Sony Music label which became a big hit amongst listeners. Afterwards, the gates for cinema universe opened and eventually, KK became one of the most celebrated singers of the industry.
Even after years, his debut album and songs of his initial days are still rising on charts. 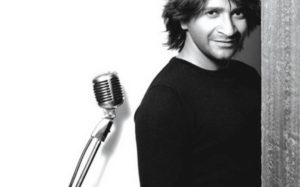 Hard efforts, dedication, and consistency are the keywords of the success mantra. KK had mastered in versatility during the time when he used to do jingles. He expresses that he had created around 3500 jingles and each in 12 different languages. Though he belongs originally to Kerala, he has never faced the language issue in singing as he had been brought up in Delhi and had companions from various regions of the country. That familiarity with languages helped him later. Surprisingly, the man who has nailed his art on both national and international platforms has never undergone a formal training of music or singing. Moreover, he believes that music had its own language to which, listeners connect by heart.

He regards the legendary singer Kishore Kumar, Michael Jackson, Bryan Adams and Billy Joel as his inspirations.
KK has always believed in- It is never enough of what one has done because if dug more, the more of his own self will be explored. The persuasion of dreams, the determination towards goals requires rigorous toil, struggle with witty mindset.

Adivasi Sahid Laxman Nayak: epitome of sacrifice, courage and patriotism of erstwhile Koraput; but his village is still neglected