Song ‘Ishqe Di Doriyan’ by Mann Taneja and Sumedha Karmahe is winning the hearts of listeners with its earthy touch of Punjabi folk music. About the song, Mann shares, “I already had the hook of ‘Ishqe Di Doriyan’ in my mind. Being a Punjabi, I have been listening to Punjabi songs, especially folk. So the composition of the song is inspired by Punjabi folk music. When I hummed the hook line to the lyricist Gaurav Pandey, he gave me some lines which I found beautiful. Eventually, we decided to make it a duet song. That time we thought of taking Sumedha on board. I had already worked with Sumedha for the cover version of ‘Tu har lamha’ for my channel ‘The Kroonerz Project’ which was also a sort of production house. Earlier she was in a reality show, and at that time I appreciated her voice and wished to work with her someday. I believe that wish has come true. Our friendship flourished through music and that what had made ‘Ishqe Di Doriyan’ happen.

You have to be very patient and composed throughout the making process of a song. It takes from the time of germination till it reaches the audience. When you make something out of creativity, you want it to get the deserved respect and justice. I feel that the wait of two years was worth it for this song.” 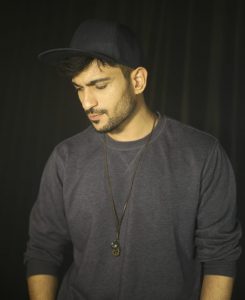 Mann believes that every song has its journey and destiny. He says, “This song was recorded two years ago and the time has arrived now to release it. I wish that this song takes place in the heart of listeners.”

Recalling his journey so far, Mann revealed he has been devoted to music since his childhood. “My favorite pastime was to compose the ‘Antara’ of songs that were shown in bits and pieces in the trailers of upcoming movies. People used to lovingly call me Tansen,” he said.

Later during my days in Delhi, I used to sing jingles whenever I got the chance to romance the mic.”

Mann’s real journey in music began after he got into AR Rahman’s KM College of Music & Technology (KMCMT), Chennai. “I was working as a DJ and my friend Manzar Arora was into music production in a Delhi-based institution called Song Garden. It was then that we both got to know about KMCMT. We auditioned and got admission into the one-year course. However, I spent 4 years in the institution unofficially because I didn’t want to leave the opportunity to learn as much as I could. The time we spent in the institution enriched our music skills immensely under the guidance of experts and AR Rahman himself,” he shared. 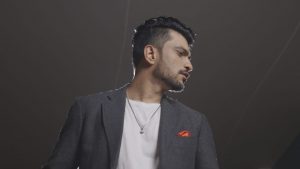