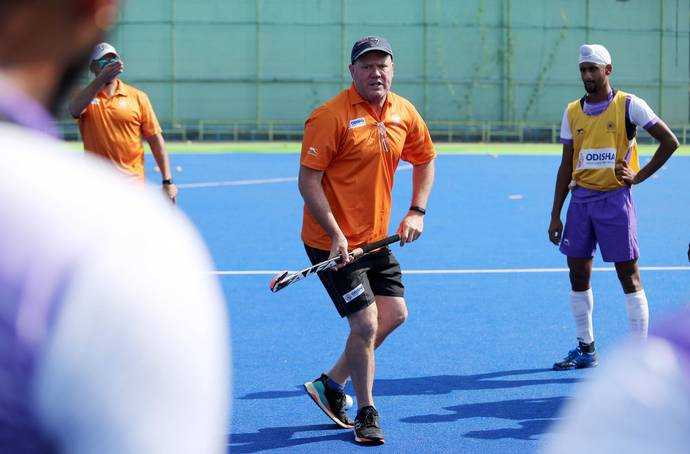 Odisha has always been a hot bed for Hockey with the Kalinga Stadium being the home. Odisha has ensured many marquee event including Hockey World Cup 2018, played in front of huge crowd. Odisha’s passion for Hockey has been seen worldwide. After returning from Australia tour, Indian Men’s Hockey Team’s newly appointed Chief coach Graham Reid praised the energetic crowd of Kalinga Stadium.

Ahead of the FIH Men’s Series Finals, a tournament which will be crucial for the Indian team for their qualification for the Olympic Games 2020, Team India toured Australia earlier this month. The team, under the guidance of the newly-appointed coach Graham Reid, won two games against WA Thundersticks and Australia A while lost both the matches by big margins against the senior team. In another game, the A side managed to hold Indians to a draw in the tour.

Meanwhile, after returning from the Australia tour, Indian men’s team’s chief coach Graham Reid has said that the tour was the ideal way to prepare for the FIH Series Finals which will be held from June 6 at the Kalinga Stadium in Bhubaneswar.