Bhubaneswar: Hindi Short Film ‘Ravaiyaa’ by BnR Films released on Youtube in 2020, has premiered on MX Player, making it one of Odisha’s first Hindi Short Films to feature on this widely popular OTT platform. MX player has over 280 Million Users globally, making it India’s leading OTT in terms of time spent by users, 2nd Highest in terms of no of users.

‘Ravaiyaa’ was made in a remote direction and shot on smartphones by the cast themselves from their respective homes. It has won 6 Awards and 21 International Film Festival Screenings. The film produced by BnR Films is a humble tribute to the brighter and extraordinary side of India’s migrant laborers during the unprecedented time of the Corona Pandemic. In Nov 2020, the social drama film won the ‘Best Short Film Award’ in ‘Drama Category’ at RATMA International Film Festival, UK where the film was one among the 4 Finalists and represented India. Additionally, the film has received awards at various film festivals held in Mumbai, Kolkata, Bengaluru, Kochi, etc. Through film festivals, the film has also been screened and hugely appreciated in the US, UK, Australia, Germany, Spain, etc. 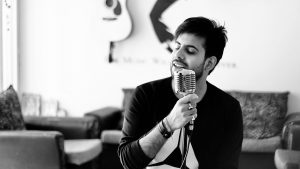 The film features a Title Song /Theme Song titled ‘India Jeetega’ which was performed and composed by singer-composer Bankim Patel. Upon release, the song got a tremendous response from the netizens for its inspirational as well as patriotic theme. To date, ‘India Jeetega’ has also received 1 Award and recognition in 5 International Film Festivals including the ones held in the UK, Bangladesh, etc.
On this, Bankim says, “It’s a landmark for me as a musician, singer, and composer. We artists always strive for a good platform where our creations can be showcased. MX Player is one of the largest OTT platforms currently, can surely help make our content reach a wider mass. With this, I also see a brighter future for the independent music scene to get a wider audience base. This will motivate a lot of other musicians in our state to go that extra mile and create more such content. We have already quite a lot of content planned for the near future. And we are sure that all those will get similar platforms so that we get a better audience reach. Once again, I would love to thank BnR Films for trusting in me and handing me this opportunity.”
Filmmaker Biswanath has written and directed this short film. He is also the lyricist of the song ‘India Jeetega’. The film has been produced by BnR Films. Subhasmita Sethy is the Co-Producer, Pritish R Dash is the Executive Producer and IJ Kakehashi Services Pvt Ltd is the Associate Producer of the film. It features artists Ashish Kumar and Rohit Kakde. Music has been composed by young singing sensation Bankim Patel. Editing, Color grading, Sound Design have been carried out by Vinayak Dasgupta
Times Internet-owned short video platform MX Player emerged as the leading video streaming app in India in 2020, in terms of time spent by users as per a report by global mobile app analytics firm App Annie. The report mentions that on average, each MX Player user spent 7.8 hours per month on the app, compared to 4.5 hours for Disney+Hotstar, 7.4 hours for Netflix, and 4.4 hours for Amazon Prime Video. In March 2020, MX Player announced the international launch of its OTT service to select markets, including the United States, United Kingdom, Canada, Australia, New Zealand, Bangladesh, Nepal, etc. The platform currently has a streaming library of over 150,000 hours across 12 languages including English, Hindi, etc. It is available on iOS, Android, and the Web.
Along with ‘Ravaiyaa’, BnR Films’ three other contents: Documentary ‘Kotpad Weaving: The Story of a Race Against Time’ and Short films ‘Desh Dosti Etc’ and ‘Kar Bhalaa’ have also premiered on MX Player. 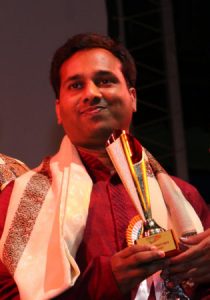 Talking about the premiere on MX Player, Writer-Director Biswanath says, ‘’We are simply thrilled about this launch. MX Player is an International brand having over 280 million users. We feel honored to have our award-winning short film ‘Ravaiyaa’ as well as 3 other award-winning documentary and short films on this platform. Film Festivals/Awards provide recognition to our films, but leading OTTs like MX Player provides the much-needed global reach to our content. This is surely a great moment of celebration for not just BnR Films, but for all our artists, technicians, producers, and partners. On behalf of BnR Films, I dedicate this achievement to the extraordinary efforts of our financiers, Cast & Crew, because of whom these films have achieved so much in the past few years.
All our projects in the last 9 years have been really exciting and rewarding. Each of these short films/documentaries was a humble attempt from our side to tell a story with a social message and thereby create awareness in an entertaining/engaging way. We made each film with equal passion, irrespective of the time, space, financial and other constraints. Irrespective of budget or production value, we always believed in our concept/story/script/message/storytelling and their impact on the audience. Probably, this approach has brought us this golden day. We didn’t even let Corona Pandemic hamper our spirit of filmmaking. All thanks to our wonderful fans, well-wishers, supporters, and the media reporters/journalists who constantly keep encouraging, appreciating us for our works. We are sure this MX Player premiere of ‘Ravaiyaa’ will create a new identity/recognition for Odisha and also inspire other filmmakers from Odisha/India to believe in their stories, believe in themselves.”