Bhopal, May 9: Smart Janpath, Street Art and Mural Project (STAMP) and Social Equity Centre projects of Bhubaneswar Smart City Limited (BSCL) were discussed at the national-level conference of Smart Cities at the Lake City of India.
The first apex conference of Indian Smart Cities held is held here with an aim to provide a platform for cross learning and knowledge sharing among Smart Cities. The event will make the city administrators learn and understand various success and failures in the way of project implementation under the ambitious Smart City Mission.
Additional Commissioner of Bhuabenswar Municipal Corporation Subham Saxena gave presentation on implementation of the Smart Janpath, Social Equity Centre and STAMP. The Social Equity Centre is one of the unique project in urban governance and was widely discussed in the conference.
Smart Exhibition:
Various Smart City projects from across the nation were displayed in the Smart Exhibition organised in line with the conference. Various Smart Cities projected their success stories through this exhibition. BSCL also opened a stall representing visuals of its three important projects i.e. Smart Janpath, STAMP and Social Equity Centre.
About the Programme:
Since its launch on 25 June 2015, the Smart Cities Mission (SCM) has been one of the most transformational urban missions. Key projects such as digitally integrate d smart city centers, street re-design, installation of solar rooftop on buildings, etc. have thus initiated the process of urban transformation, enhancing the liveability of cities. Through their leadership role in driving the implementation of Smart City Projects, the Chief Executive Officers (CEOs) of the Smart City Special Purpose Vehicles (SPVs) have been instrumental in achieving transformational outcomes envisaged under the Mission.
The two-day conference is being organised for providing a platform for cross learning and knowledge sharing among the Smart City CEOs on 8-9 May 2018. The conference will enable the CEOs to learn from the experiences of all city leaders to understand in greater details both successes and failures. The convergence of all the best practices in Smart City Missions across the country on a single platform will help the city leaders to not waste time in ‘reinventing the wheel’ but use the collective learning to accelerate the progress of work.
The plenary sessions focused on panel discussions and presentations by Smart City CEOs highlighting their high impact projects under Mission, which can be disseminated as learning for other cities. Further, the way forward for the city-level project implementation will be discussed. There will also be an exhibition showcasing the different projects being undertaken by Cities under Smart Cities Mission. The two-day meet also provides an opportunity for the participating Smart City CEOs to visit the locations and appreciate the Smart City Projects implemented by Bhopal Smart City Limited. 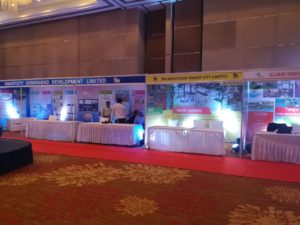 Apart from the Smart City CEOs, the participants include representatives from municipal, State and Central Government and various other stakeholders in the Smart City Mission from the civil society, academia and industry etc. The list of invitees includes Principal Secretaries (UD)/State Mission Directors, Municipal Commissioners, Ambassadors of several countries, UN representatives, heads of multilateral/bilateral agencies, civil societies, and capacity building institutes. CEOs/heads of major Master System Integrator vendors are also invited.
The Apex Conference is being organized with an objective to provide momentum to the cities sharing and disseminating the experience gained over the past two and a half years. The exhibition and presentations by the CEOs will provide useful insights for accelerating project implementation and enable cross learning among Smart Cities. Such knowledge sharing will help the cities to convert ideas into concrete actions as the outcome of the conference.

Don’t create art for the sake of commerce: Karan Oberoi