With his exemplary performance of ‘Captain Sanjeev Jamwal’ in ‘Shershaah’, actor Shiv Panditt has made us all relive the pride. He says, “All I can say about my journey as an actor is that believe in yourself. There will be times when people will doubt you. But you have to go on.”

However, as he portrays, ‘Shershaah’ happened to him very interestingly. “In the industry, it becomes very streamlined up to a very large extent. Casting directors have their independent voice. They contact you, meet you and see if you are suitable for the role or not. Then he puts forward your name to the director. That’s exactly how it happened to me for ‘Shershaah’. The wonderful casting director in Mumbai called Jogi Malang, contacted me for the role as he felt that I could do justice to the role. He set up a meeting with Vishnu Vardhan, the director of ‘Shershaah’. That is how I became a part of this wonderful project.


It is my first time playing a real-life hero. Col. Jamwal came to Mumbai during our training of ‘Shershah’. That time I met him for the first time which was a great matter of honor to me. He told that he has seen and loved my earlier works. His confidence about me playing him in ‘Shershah’ brought me a great sigh of relief. Apart from the audience response, I was more concerned about what he would say about the role. 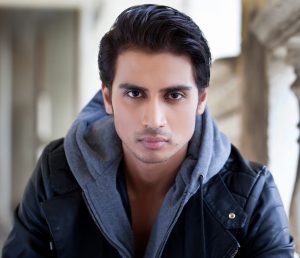 We trained for about a month. Dharma Productions organized a weapon training camp alongside physical training and many other things. A soldier’s body language is completely different. We only played the characters of army officers but in reality, they do it every day. We had to train a lot to get that smoothness in our performance. We are also glad that alongside the audience, we got a big thumbs up from the Indian Army,” says Panditt.

Mentioning his earliest memories of 1999 when the Kargil war had taken place, Panditt says, “My earliest memories of 1999 is that I was in school. Since social media wasn’t there that time, even until the 2000s, ‘Kargil war’ information’s impact was a bit less on us. We were aware of the war happening with Pakistan. We hadn’t had TVs and similar resources like that, so we didn’t know the impact, fathom, and extent of this war. Well, it’s a great move of Bollywood that they have started showing life stories of such real heroes in the most unfiltered way possible.”

Shiv has appeared in many television commercials. He has fetched the lead role in the sitcom ‘FIR’ in 2006. Later he has hosted the 1st edition of the Indian Premier League on Set MAX for the show ‘Extraaa Innings T20’ in 2008. His movies include- ‘Aagey Se Right’, ‘Shaitan’, ‘Leelai’, ‘Boss’, ‘Mumbai Delhi Mumbai’, ‘Khuda Haafiz’, ‘Shershaah’ and many more. 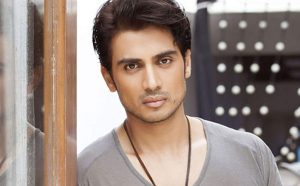 From ‘F.I.R’ to ‘Shaitan’, people noticed that 180-degree change in Shiv as an actor. “Both have paid a huge mileage. More you broaden your horizon, you grow more as an artist,” he regards.

“I have done a short film with director Ashish Panda who is from Odisha. I must say he is one of the humble and lovely humans I have come across in the industry,” he mentions.

He further adds about the ‘Shershaah’s release on OTT, “Though the preparedness was, all the same, I am glad and grateful that amid Covid pandemic and uncertainties, ‘Shershah’ got released on OTT and we have been receiving so much love and appreciation.”