#VarunDhawan on nepotism in Bollywood: It’s true that your entry becomes easier

Varun Dhawan spoke at length on nepotism, Judwaa 2 and stardom at Mind Rocks 2017.

If he is known for his masala films, he also has a film like Badlapur to his credit. A star kid who is busy making a place for himself in Bollywood, Varun Dhawan is slowly moving up the ladder in the film industry.

And the 30-year-old actor spoke at length on How To Be A Star at Mind Rocks 2017. Excerpts from his session:

On Judwaa 2
Both the looks in Judwaa 2 are different. One is an orphan from Mumbai, the other one is from Britain. It’s about twins, and it’s special because it is coming back after 20 years. My homework for this film was Angoor. Judwaa 2 is the 2017 version of Judwaa 2. It is a rebooted version. It was really hard to do Judwaa 2. It was mentally and physically taxing to play two roles at one time. And since it’s a David Dhawan film, making everyone laugh is important. 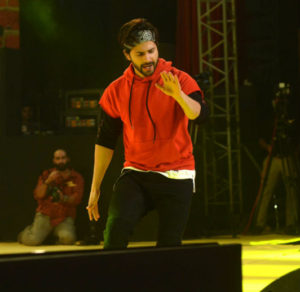 On doing different roles
You need to make a few choices, even if people don’t like you in it. But I am trying to do different roles. I will be doing a different film with Shoojit Sircar. And then a film with Anushka Sharma called Sui Dhaga. People love you and make a star. And media perception helps to make it bigger. It’s all them. I am not doing anything.

On relationships
If you love someone, you cannot be scared of it. It’s a very old school that if an actor is dating someone, it will take away from his fan following.

On social media
We all get trolled all the time. Don’t take it too seriously, it’s not the end of the world. There are many pros and cons of social media. In a way, it is about reaching out. A lot of things can get manipulated, so don;t believe all of it.

On nepotism
It is definitely true that your entry will be easier. You will get a chance to say hi-hello to a lot more people. You have to get the box office returns. It could be true for one or two early films, but in the long run, you have to deliver. No one has money to burn. It’s super important to make you own name. No one accepts mediocrity. Content is the star today, and they want to see that. As an artist, you have to make quality stuff.

Govinda and David Dhawan combination
Govinda is inspired the entire nation with his comic timing. The best thing you can do is make someone laugh.

“Youth to work for transformational change to usher in a New India”: Dr Chand, CMD, NALCO