For music composer Aajay Vas, the independent music scenario is a growing concept in India now. As the composer puts it, the idea of independent music has recently started re-growing after a leap of almost 20 years. Hailing from Mangalore, 2020 had been a great year for Aajay. His song ‘Tum Na Ho’ by Arjun Kanungo and Prakriti Kakar has ruled the playlists. Aajay’s story of music unfolds a little before the time when stepped into the city of dreams, Mumbai. “I never had in mind to become a music composer. I used to play guitar, back in Mangalore also. I used to do some live shows and gigs. I wanted to become a session guitarist to play for other music composers. But since I had no one from the music industry, I needed to meet people and form my network,” he says.

I also got a placement. I qualified for the interview. And then they told me to join by that particular night by 11-11.30.

I was almost about to go there, but I don’t know what happened. I just came back home.

Daman Sood’s words have made an impact on Aajay’s pathway. He decided to chase for what he has aimed. He decided to begin with the advertisement industry. “I knew an ad film producer. I called him and asked if I could compose a small jingle or something for his upcoming projects. He mentioned about one with Rohit Sharma. It was a 15-sec ad. That’s when it started. People started giving me small budget jingles. And then there was one big jingle for Maruti Sting Ray Car. The director asked me to do a scratch for them. They were supposed to take some bigger heads for the final one. My composition was supposed to be for presentation purposes.

I made the scratch and they liked it so much that they came back to me for the final.

I have also composed to 3-4 films that were never released. Then I got this small film called ‘Thodi Thodi Manmaniyaan’. But it was a good experience. I was working with good people. By that time, I was already introduced to many established singers.

Ads have good money and all and it’s an easy job to get. It is like a quick bread and butter. But I never felt transiting into films. It just happened with the flow. By the time I was making songs, I used to meet new lyricists, artists, singers, and all. But then I don’t know how, but I got Mohit Suri’s contact from one of the singers. I called him up who then called me to his office. He liked some of my songs but he couldn’t place them in movies. One of my songs was supposed to come in ‘Half Girlfriend’ also but it didn’t.” 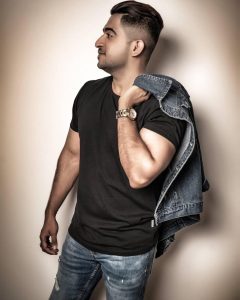 Through Mohit, Aajay got introduced to Sajid Maklai of Universal Music that eventually gave birth to ‘Teri Yaad’, Aajay’s first official project as a composer. “So basically, Mohit Suri is the one who introduced me to universal music. At that time there was no plan for them to come up with Vyrl or something. Within a month I joined they started Vyrl originals. And from there the song ‘Teri Yaad’ came out,” said Aajay.

About independent music, he says, “That time-independent music was just coming up. It was not like how it is today. T-Series was also not putting out singles. Vyrl originals were the first thing to come up with such content and break that film-non-film music thing. They just tried to enter that time. It was not a game-changer sort of a thing. Because things didn’t change that much after that song. During Tum Na Ho, this thing didn’t happen much. But it happened during Teri Yaad.”

Even though he has been working as a music composer now, he hasn’t stopped working for advertisements. “I have always continued working for ads. Once a song is out, I move on. Because you live with that song so much throughout the process.”

About his demeanor towards self-promotion, he said, “I don’t promote myself as a music composer much because I feel people don’t bother unless you are the singer. I have felt it in many instances. I think this perception should change about music composers and songwriters. The idea of performing or featuring in my song is not in the mainstream now. I am working on some own content. I might start with my YouTube channel very soon. I will be doing different kinds of independent music kinds of stuff. Because whatever the independent songs are coming out, are not proper independent music. They are somewhat film music. Independent music is what there was in the 90s with Shaan, KK, Lucky Ali and all.”

Narrating the journey of Tum Na Ho before and during Covid 19 pandemic, Aajay recalls, “When I sent the Mukhda of Tum Na Ho to Sajid from universal music, it was instantly locked. Kunaal Vermaa came on board to write the lyrics of the song. It was a full male song in the first place. So we got Arjun kanungo. Then we thought to keep a female part also. And that’s how Prakriti Kakar came on board. It was not a difficult thing. It went with the flow.

Somehow Covid pandemic affected the wider popularity of the song. But on social media platforms, reels, tik tok videos (back then) helped the song to grow.”

Before Tum Na Ho and Teri Yaad, Aajay has collaborated for a South movie as well. 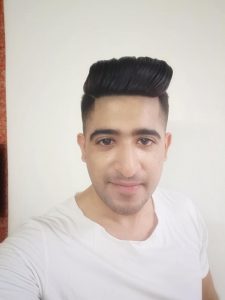 However, Covid 19 affected all the industries across the globe. Talking about the repercussions and present situation, Aajay says, “Lockdown has affected every industry more or less. But there are some ad works, digital pieces of stuff coming up to me. I also feel this is a good time for artists to focus more on themselves. Most of the singers have their music setup now. Things have become handier due to Covid. It has become very comfortable in terms of recording. There’s a big song coming up. And my ad projects are going on as well.”

“For digital ad films, we need to record some vocals. So I send the track to the singer and he dubs and sends it.

The vibes of a recording studio are missing, where creativity mingles with multiple artists at a time,” concludes Aajay.