Mumbai: Sisterhood is a bond that is hard to describe and one can only understand it once a sister enters your life. The Kakar sisters are no different, thick as thieves, 3’s company, 3 musketeers, give them any name but sisterhood is the very basis of their being. All 3 are talented, pretty, and ambitious in nature and have made a mark for themselves in the field of music and entertainment.
The 3 of them have their own personality but what unites them is their love and respect for each other. 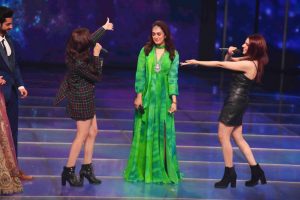 Sukriti and Prakriti decided to pay a surprise visit to the sets of Indian Pro Music League where their sister, Akriti Kakar was shooting. Akriti got so overwhelmed by the entry of her sisters singing the hit song Phoolon Ka Taaro Ka, that she instantly started crying and that has now become a trending promo clip for the episode. The sisters went to support their team, Bengal Tigers and also gave an equally fierce performance that got them thunderous applause from the audience. 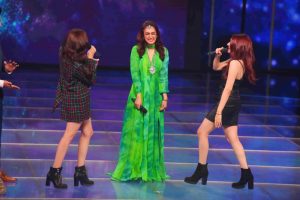