Mumbai: The upcoming Bollywood action thriller ‘Sayonee’ has released its only romantic song ‘Mohabbat Ajnabee’ and fans cannot stop talking about the melodious voice of Sachet Tandon and Sukriti Kakar. The song has been filmed on actors Tanmay Ssingh and Muskaan Sethi.

The making of the song narrates an unique story. As it says, the movie was already in making two years ago. The protagonist of ‘Sayonee’ Tanmay brought the composer Rangon Chatterjee and team on board to create this only romantic number in the film. However, by that time, few shots of the song had already been shot at Ukraine to base an idea over the context. So, the team decided to create the song afresh keeping all the polishing work in mind. 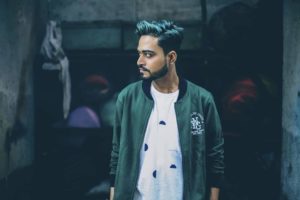 ‘Mohabbat Ajnabee’ delivers an intensity that had taken shape gradually and brought T-Series on board later. That brought a step closer and team Rangon took Sachet Tandon and Sukriti Kakar on board. Music composer Rangon Chatterjee has earlier worked in songs ‘Tootey Khwaab’ and ‘Phir Mulaqat’.

The song happens to be the third music release of ‘Sayonee’ and the only romantic song in the entire movie. The movie will be in theatres on 18th December, 2020.

More than 137,000 people in UK receive first dose of COVID vaccine in one week