Mumbai: Ranveer Singh’s much-awaited look as Khilji for ‘Padmavati’ is finally released. Two posters have been released to introduce the character of Sultan Alauddin Khilji. With the battle scar on the face coupled with the densely-kohled malevolent eyes and long mane- Ranveer looks every bit the antagonistic Alauddin Khilji that he is to portray in the film. 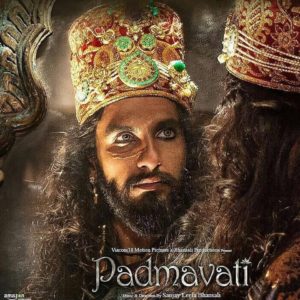 Out of ordinary steps like relaxing fiscal room needed to revive economy: ASSOCHAM

Prime Minister lays foundation stone for the All India Institute of Medical Sciences (AIIMS), at Bilaspur