Bhubaneswar: On the auspicious occasion of Dussehra, Raaga , a reputed cultural organization of Odisha, presents a song in celebration of the venerated Chausathi Yoginis of Hirapur Odisha, a well-known tourist destination, heralded the world over as a seat of Tantra worship.

This is the first song celebrating the historic, yet forgotten Yogini cult The Yoginis in the shape of a Sakta-Tantric cult came into existence in the 7th-8th century AD. It continued to flourish as an important manifestation of Sakta Tantricism. This cult with primitive ideas on the efficacy of magical rituals and spells, sounds and gestures, is a movement that has a deep connection with rural and tribal traditions. To ascertain the origin of the Yoginis, one must turn to the simple village cults and the gram devatis, the local village goddesses. 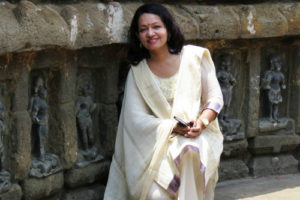 The relevance of the Chausathi Yoginis in contemporary times is celebrated in this song. The captivating lyric has been written by Jnanpith laureate Dr.Pratibha Ray.Eminent composer Omprakash Mohanty has given the musical score and versatile singer Dr.Adyasha Das has lent her voice to a magical song. This song showcases music as manifestation of Divine energy.

Idea achieves footprint of 2.6 lakh cell sites across the country; 50% on broadband network