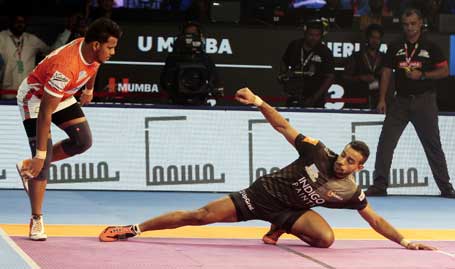 Pune: U Mumba finally win the Maharashtra derby in Vivo Pro Kabaddi League Season VI against Puneri Paltan after a draw and loss in their previous encounters. Fazel Atrachali had a near flawless match as he got 4 tackle points from his 5 tackle attempts. More GB of Puneri Paltan and Vinod Kumar shocked the opponents as even they got 4 and 3 tackle points even though they’re raiders for their respective teams. Girish Ernak had a mediocre performance tonight as he only got 1 tackle point from 3 tackle attempts. Fazel Atrachali was given the Orange Sleeve for hoarding the highest number of tackle points this season after today’s incredible performance.

This match saw the two highest scoring raiders of this season not play against each other as both Nitin Tomar of Puneri Paltan and Siddharth Desai of U Mumba were harboring injuries to their knee and shoulder respectively. Deepak Kumar Dahiya started the match with a running hand touch on Surender Singh in the first raid of the match to open the floodgates but this was overturn by U Mumba in the next 4 minutes. U Mumba took the lead and kept a gap of 4 points by the 5th minute to make it 5-1.

With 2 men on the mat Puneri Paltan got a strong Super Tackle by Monu on Darshan Kadian to make it 5-3 in the 6th minute. Puneri Paltan tried to get touch and tackle points to regain their full strength but was All Out in the 11th minute raid by Abhishek Singh which saw More GB enter the lobby without a tackle on the raider and then Girish Ernak try to get Abhishek with a failed wrist hold. Fazel Atrachali was the star for U Mumba as he got 4 tackle points in his 4 tackles. He made some really new techniques to get holds like reverse ankle hold and reverse thigh holds to confuse the raiders. The half ended with U Mumba leading by 9 points with the score line at 19-10.

The second half saw Puneri Paltan try to change their tactics as they worked on their defense to reduce the gap through Super Tackles. Shubham Shinde got an ankle hold on Vinod Kumar while More GB pulled him from reaching the midline in the first raid of the half to get a Super Tackle. They continued with this technique as they reduced a 9 point lead in the start to a 4 point lead by the 30th minute by regularly picking up Super Tackles.

Pune continued to have just 3 men on the mat for a while. The 32nd minute raid by Abhishek Singh became the catalyst for U Mumba to inflict an All Out on Pune as he got both Ravi Kumar and Sandeep Narwal. This raid was reviewed by Puneri Paltan as they believed that the raider was pushed out of the mat before he crossed the midline with his hand only to notice in the replays that his body was still in the lobby. The next raid saw Surender Singh dash Deepak Dahiya out of the mat and complete the procedure of an All Out to make it 28-18. The game ended with U Mumba winning the match by 31-22 against Puneri Paltan. 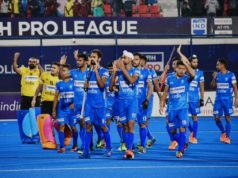 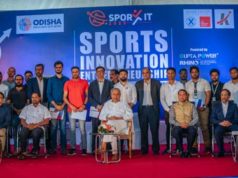 SPORT IT 2020 will enhance outcome of Odisha’s efforts to bring innovation to sports: CM Naveen Patnaik 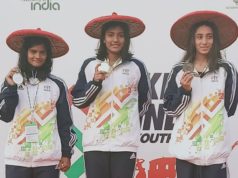