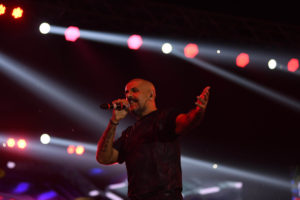 The curtain raiser to the inaugural edition of .FEST gave audiences a spectacular performance by Bollywood’s biggest and most dynamic music composer duo, Vishal and Shekhar. They set the stage on fire with their non-stop performance. Music lovers were enthralled watching their favorite musicians perform live and were in high spirits throughout as they danced and sang to their super hit numbers.The audiences were treated to an amazing line up of songs and cheered loudly as they made the most of Vishal and Shekhar’s incredible performance at .FEST.

The first 10,000 visitors to reach the venue, got free entry to the ‘concert pit area’.

The International Street Food Festival which also opened its doors to all at .FEST, received and overwhelming responses. Visitors were spoilt for choice as they chose from a wide range of appetizing street food specialties with cuisines from Odisha, India and all over the world.

The day also began with trails planned as part of .FEST. People got to explore Bhubaneswar through the trails which included a complete art trail of the city, a nature walk through the Nandankanan Zoological Park and even Ekamra walks through the old town area to name a few. 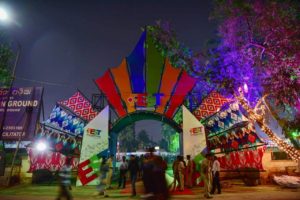 Tomorrow, 02 December, 2018 .FEST gears up for yet another gripping performance by winner of The English singing talent show – The Stage 3, Siddhant Sharma & Rock Band. Known for his Rock N Roller singing talent, the performance will be a sure shot burst of energy and fun at the festival. The popular, Bhubaneswar cultural extravaganza, “Patho Utsav” will also be launched again from tomorrow at Janpath.