Bhubaneswar: Odisha Tennis Premier League, a first of its kind tournament in the state, was inaugurated by Odisha Tennis Association Secretary and Transport Commissioner Madhu Sudan Padhi, IAS in the presence of Director, Finance of NTPC Kulamani Biswal, and senior journalist Kishore Dwibedi at Kalinga Stadium here today. As many as 32 players from the state are playing in this 5-day tournament. Eight teams – Angul Acers, Bhadrak Victors, Cuttack Conquerors, Khordha Warriors, Kendrapara Contenders, Puri Wavers, Sambalpur Shooters and Sundergarh Veerans – are participating in the event.
OTPL is the brainchild of Neelachal Tennis Academy, one of the leading tennis academy in the country which is affiliated to Professional Tennis Registry, USA. “This League will give a brand new face to how Tennis as a sport is perceived and enjoyed in the state. It will not only promote tennis and work towards the development of the sport in the state but also provide a platform for new players to showcase their talent”, said tournament director Dilip Mohanty who is also a former International champion in seniors’ category. 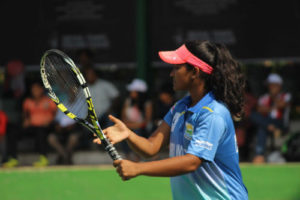 The inaugural ceremony also saw differently-abled kids from deaf & mute school BBC show their talent in the tennis court. City-based Students groups- Chocolate Group and Global Shapers BBSR Hub have taken the onus of raising funds to aid selected children and groom them in the sport.
OTPL is currently being held in the Tennis Complex of Kalinga Stadium. The maiden tournament has been kept ticket-free to encourage participation of more number of audience. The tournament will conclude on 23rd November, 2017.

Globetrotting Czech tourists include Ekamra Walks in their list