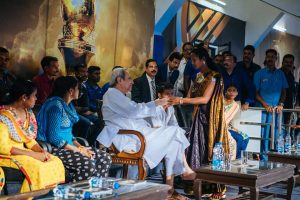 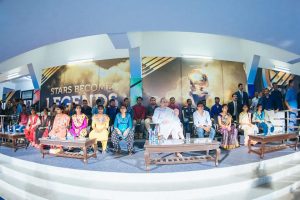 They thanked the CM for the opportunity and for truly mainstreaming their lives.

The hardcore Maoist surrendered cadres had evinced interest to watch the Hockey World and on their request, the Malkangiri Superintendent of Police, in close coordination with other State Government Officials, made necessary arrangements.

When they visited the Kalinga Stadium today to watch the Hockey World Cup, they were overjoyed to see that they would be able to sit and interact with the Chief Minister and watch the match, between India and Belgium in a special gallery at the stadium, along with him.

They thanked the Chief Minister for the opportunity and expressed their happiness for the time of interaction with him, which is an experience of a lifetime according to them. They said, “We truly feel today that we are part of the mainstream.”

A total of 30 hardcore surrendered Maoist, including 16 women came to watch the Hockey World Cup match. 20 of them were from Malkangiri and 10 from Koraput district. They were earlier working in different positions / ranks in CPI (Maoist) Organisation. They also visited the Nandankanan Zoological Park. They will be visiting the Bhubaneswar Dot Fest, Lingaraj Temple and Jagannath Temple at Puri tomorrow.