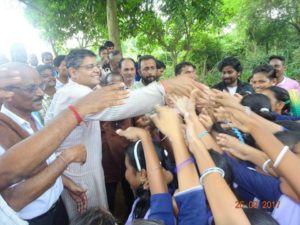 The BJD MP had triggered a political storm in the State by openly lauding Prime Minister Narendra Modi publishing articles on national media and questioning the leadership of Odisha chief minister Naveen Patnaik.

Baijayant Panda currently serving as a Member of the Lok Sabha. Elected from the Kendrapara constituency, he belongs to the Biju Janata Dal party. Previously, he had served in the indirectly elected Rajya Sabha, from 2000 to 2009.

Jharsuguda Airport to be added to existing 53 Krishi UDAN Airports