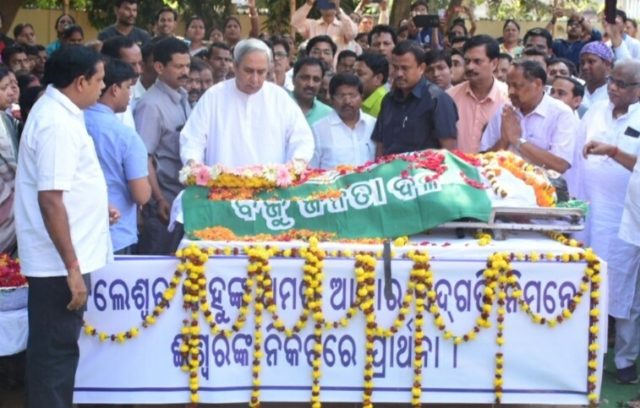 Bhubaneswar: Odisha CM Naveen Patnaik today paid homage to Dileswar Sahu, driver of the attacked vehicle. Naveen dubbed the attack on State Labour Minister Susant Singh’s brother Subrat Singh and his three aids as barbaric and said such incidents would not be tolerated in peace-loving Odisha.

“The attack on Subrat Singh and his associates is an extremely inhumane act. It has deeply shocked me. Such barbaric incidents would not be tolerated in a peaceful state like ours. Stringent action would be taken against the guilty in the incident,” said Naveen while talking to media.

“The BJD party would take care of all expenses of the kin of Dileswar including those of his children’s education,” announced Naveen.

Dileswar who sustained critical head injury along with Subrat and two others during an attack on their vehicle by a group of miscreants in Banabira village under Sohela block of Bargarh district on February 22 night, succumbed at SCB Hospital in Cuttack last night.