Odisha: Baleswar, Jharsuguda, Boudh districts to be made open defecation-free

Bhubanewar: The State Government on Saturday said three more districts, Baleswar, Jharsuguda and Boudh, would be made open defecation-free during the current year. 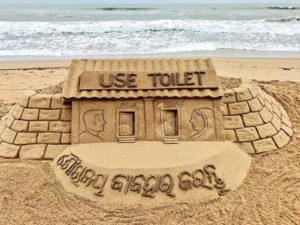 Chief Secretary AP Padhi issued a direction to the Panchayati Raj and Drinking Water Supply Department in this regard at a State-level Swachh Bharat Mission meeting held at the State Secretariat. 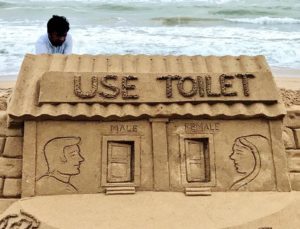 Panchyati Raj Secretary Deo Ranjan Kuamr Singh and Swachh Bharat Mission Director Rupa Mishra presented updates for discussion. It was revealed that at total of 39,24, 414 families included in the mission and they using toilets in their own houses. The Government has targeted to construct toilets in 27 lakh more households during the current year.

It was decided that two volunteers would be engaged in each gram panchayat to make people aware of using toilets and to provide required support to them.