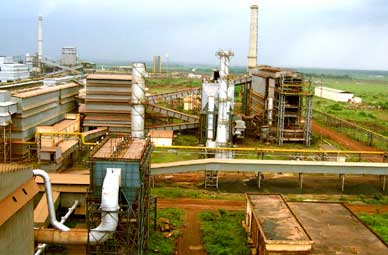 Bhubaneswar: Odisha’s Kalinga Nagar-based Neelachal Ispat Nigam Limited (NINL) set another benchmark in production with highest ever single-day Sinter output of 5730 ton on 12th January, 2019 surpassing the previous best of 5680 ton recorded on 28th December, 2018. The Steel Melting Shop (SMS) of the company is also showing improvement in its stabilization process with 11 heats taken on the same day.

Mr. S.S. Mohanty, Vice-Chairman & MD, NINL, congratulated the team and all concerned in and around.

The last calendar year was also most significant as NINL achieved two of the tree milestones planned for the turnaround of the company with completion of the capital repair of the Blast Furnace and resuming of Billet production by restarting of the Steel Melting Shop (SMS). The third milestone of operation of the captive mines is expected in early next fiscal.

The company has also plans to produce TMT Bars and Wire Rods in the next fiscal.