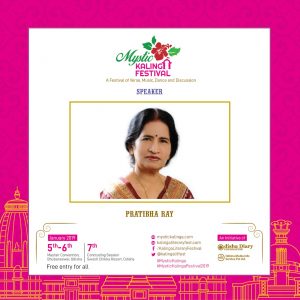 Mystic Kalinga Festival (MKF) returns to the temple city, smart city, the sports city and the city of culture and spirituality, the capital city of Bhubaneswar. During the three days in the first week of the New Year, the city will witness hundreds of renowned poets and creative artists reciting and performing at the event. Eminent writers and Odisha’s Living Legends like Shri Sitakant Mahapatra, Shri Ramakanta Rath, Smt. Pratibha Ray et al will join the festival as Guests of Honour and speakers.

Renowned writer Hindi poet and critic Ashok Vajpeyi will be the key note speaker of the event and several Sahitya Akademi and Padma Awardees will be joining to discuss how literature transcends boundaries of artificial human creations and emotions. 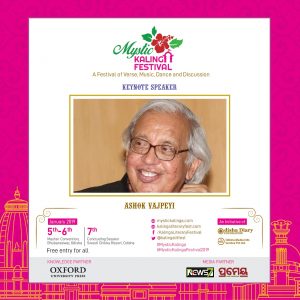 “Mystic Kalinga Festival is a celebration of bhakti – that great tearing disruptive experience of human longing. A longing so all-encompassing that it has often blurred the divide between the sacred and the sensual, the erotic and the existential, the human and the divine. In a festival that is both celebratory and exploratory, the aim is not merely to discuss bhakti, but to distil its very essence. And hence we will see the remarkable diversity of modes and styles at this festival. Poets, dancers, storytellers and musicians are as integral to this unique event as scholars and academics. The conversations it seeks to initiate are not merely through word, but through movement and melody, song and silence. The result is a mélange of poetry readings, lectures, music concerts, panel discussions and dance performances by some of the most exciting artists, seekers and scholars of our times”, said Mystic Kalinga Festival, creative director, Arundhathi Subramaniam. 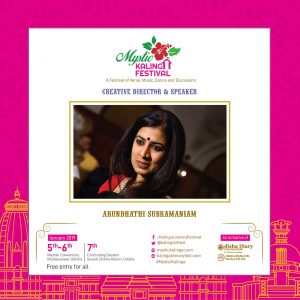 Mystic Kalinga Festival, Founder and President Mr. Rashmi Ranjan Parida highlighted the need to focus on literature especially on Mythology, mystic, Music, Dance, and spiritual literature. He expressed happiness on the huge positive response front the nook and corners of the world to Mystic Kalinga Festival. Recently the team Kalinga Literary Festival has expanded its outreach to Koraput, Kandhamal and has plans to take Mystic Kalinga to different regions of Odisha, India, South East Asia and Africa.

Announcing the festival, Mystic Kalinga Festival – Director and Founder, Mr. Rashmi Ranjan Parida said, “Literature has the potential to connect a divided society and it can transform self-centeredness to world-centeredness. Kalinga Literature Festival was first launched in 2014 to celebrate this potential of literature. Mystic Kalinga Festival, an international festival of poetry and performances, emerged out of the need to connect to people’s hearts through poems, songs, dances, performances and meditations”. 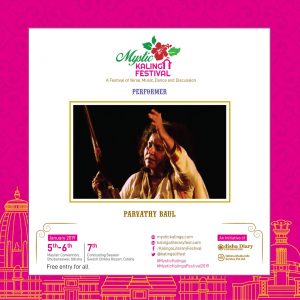 The festival features the inimitable Parvathy Baul who will share her personal understanding of bhakti, and what it means to walk the mystical path as a contemporary female seeker and musician. It features filmmaker, singer and pioneer of the Kabir Project, Shabnam Virmani, who will discuss how the mystic poets swept into her life and led her into a voyage she never anticipated. It features contemplative writer and historian Lata Mani exploring the relevance of bhakti for modern times, and why ‘to love is to know’.

Leading mythologist Devdutt Pattanaik will reflect on why regional bhakti movements (including those of Odisha) are often ignored and eclipsed, while noted scholar Arshia Sattar will discuss the Valmiki Ramayana as a biography of Rama before he became ‘god’.

Acclaimed poets, translators and scholars – including Ashok Vajpeyi, Ramakant Rath, Indira Viswanathan Peterson, Sitakant Mohapatra, Paramita Satpathy, Archana Nayak, Raj Kishore Mishra, Mani Rao, Sachidananda Mohanty, Kedar Mishra, Jerry Pinto, Bishnu Narayan Mohapatra, and Rahul Soni – will read and discuss the extraordinary verse of some of the greatest mystic poets of this subcontinent, from Appar and Sambandar to Tulsidas and Ravidas, from Adi Shankara and Jayadeva to Tukaram and Lal Ded, from Meerabai to Janabai, from Salabega to Abhirami Bhattar, and several others.

Prominent Odissi dance exponent Sharmila Biswas will discuss and demonstrate how she infuses bhakti into dance, while well-known theatre actor and storyteller Danish Husain weaves together an engaging performance that explores the blurred divide between Bhakti and Sufi traditions.

As noted Hindustani vocalist Kalapini Komkali ‘sings emptiness’ in her celebration of the formless divine invoked by Kabir, contemporary dancer Sanjukta Wagh and sacred musician Shruthi Vishwanath will explore a mosaic of mystical poems in a riveting finale of dance and delirium.

Every year the Mystic Kalinga Festival hosts a variety in books, themes, subjects and its dense ideas representing literature. The festival promises to give you a deep idea about literature both in India and the world. Welcome to a festival that unpacks the many nuances of this strange and fascinating condition called bhakti, and to a conclave of extraordinary talents, perspectives and performances. Welcome to Mystic Kalinga 2019.

Note: Mystic Kalinga Literary Award has been instituted to recognize and celebrate three prolific writers, poets and performers in Odia, in one Indian language and in one international language. The awardees have been chosen keeping in mind their contribution to their specific language and genres. The Award will be announced on 3rdJanuary, 2019.