Vikrant Gupta is one of India’s finest sports anchors and storytellers of cricket. Growing up as an aspiring cricketer, Vikrant played inter-college games, went on to represent Punjab, and completed his M.A. in English from Punjab University. He has now completed 24 years as a successful journalist. Going from a young sports journalist working for Indian Express to learning to make friends with the camera and becoming the sports editor for Aaj Tak and India Today Network, Vikrant Gupta picks a page out of his inspiring journey. Along with that, he also opines about India’s chances in the World Test Championship Finals.

Vikrant talked about his transition from print journalism in Indian express to broadcast media in Aaj Tak. He said, “it was a difficult transition because I had worked 6 years in Indian Express and you get used to that pace. In those days there were no websites, no pressure of social media, so whatever that you had come out the next morning. Television was instant and the 24-hour cycle news was fairly new at that time. When I joined Aaj Tak, I went to South Africa for the World cup. I didn’t know how TV was attempted or what was a TV story. So I was clueless, to begin with.

He stated the major differences in approach in both kinds of journalism and the significance of teamwork.”The only thing I took time to adjust was that in a newspaper, I was an individual. You think you write and you take your own pace. If you have to go somewhere early in the morning, you get ready and go. If you don’t, you rest. In TV, things are different. If there’s something in my mind, I have to communicate it to the cameraperson. If I have to go early in the morning for a shoot, I need to make sure he wakes up and gets ready to go on time. It’s like teamwork. So the first 6 months were difficult. When I stayed on and I got used to it, I started enjoying television”, he further added.

Vikrant highlighted the fact that it is important to be a cricketer to understand and explain the minute details and aspects of the game of cricket. He said “Let alone my case, if somebody’s batting even in a club game, he knows how to play the in-swing and leave the out-swing. So when they narrate this in an ODI or a test match, they know how to do it. If you’re experienced, if you know I got out of a certain situation in a certain way, you empathize with the players. I hear people say the ball will swing and seam, and there’s moisture in the wicket. My question is how do you know there’s moisture in the wicket and what the moisture does? What’s the meaning of swing and seam? People often talk about the dew factor. So how does the dew factor affect the batting and the bowling?. So if you’re a cricketer, explaining these minute details just gets easier. Experience matters a lot. If you’ve traveled, gained exposure, covered games, met people, spoken to players sharing about a certain bowling action or anything for that matter irrespective of whether it’s an interview or not, you learn. Journalism is also the art of storytelling.”

He then spoke about the birth of the well-known Sports Tak Youtube channel and its idea of initiation. He said, “The plan of starting Sports Tak happened a few years back during the 2015 World cup where we used to do Facebook lives. Then we started ‘Cricket Adda’. So it caught up. The organization was coming up with 4-5 Youtube channels and they thought about starting one in sports. To begin with, the ideation was different. There were no lives or shows that you see now. A new concept gets better when you observe and learn along the process. Fortunately, every possible experiment that we did work out fine.”

Discussing the World Test Championship final, Vikrant predicted India’s possible playing eleven in English conditions. He said, “Rain does affect the permutations and combinations of team selection. If there’s a sudden shift of weather from cleared skies to rain, India needs to see what they want to do with their batting. I think they’ll go with 5 batsmen and Rishabh Pant as the wicketkeeper-batsman. Ideally, for the balance of the team, I’d suggest they go with Ashwin and Jadeja followed by their 3 best fast bowlers, namely Shami, Bumrah, and Ishant. They do have the very promising Siraj who could pose threat by pitching it up and swinging the ball. The team must be considering playing him, but how, that’s their headache. So this would be my playing 11 with Siraj as the 12th man.”

He also shared his views about bowler Shardul Thakur in the playing 11 remembering his heroics with the bat in the GABBA test. He said, “Shardul will be an option, no doubt. But Shardul doesn’t come under the 4 best fast bowlers they have. Jadeja is going to play because he’s better equipped than most of the no. 6 batsmen you’re considering and he bowls well. So if one spinner sits out, even if he bowled well in Australia, with due apology there’s no guarantee that Shardul would come out and bat well. Jadeja serves you that solidity in batting. But, they should consider the chances of having Shardul.” 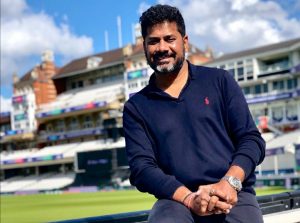 He went on to point out the match winners from New Zealand who could pose threat to India. He said, “If 2 strong teams are playing, all 11 players are going to be at their best. Convoy is a dangerous batsman. New Zealand has got great bowlers as well. Before the 2 test matches (against England) both the teams had the same level of bowling. Tim Southee and Trent Boult can bring in aerial movement, Wagner is quick of the pitch, Kyle Jamieson knows how to pitch it in the right areas. India has a formidable bowling lineup. I wanted to see how their batting looks like and they won a game(against England) with the help of their strong batting. Young Devon Convoy batted well, Ross Taylor performed well, but Williamson didn’t score much. Since they scored runs on the board, no matter what you say, the advantage is with them. They beat England in England”

“India could only get 7 to 8 days for practice which is not enough. It isn’t just about ability. In terms of ability, India is far ahead. But at times you need to respect the conditions, the preparation, and the momentum, and all three are with New Zealand now.”, He further added stressing the fact that New Zealand has got a slight edge over India.

Vikrant went on to his thoughts about the possible face-offs in the WTC finals and how it could be different from what’s expected. He said, “Face-off is not necessarily about who bowls to whom. People would be waiting for Boult vs Rohit, but Southee does the trick. People would wait to see Bumrah vs Williamson, but Shami dismisses Williamson. In my opinion, major face-offs are going to be between Kane Williamson and Virat Kohli in terms of leadership abilities, and Boult-Southee vs Bumrah-Shami. Both the captains have different personalities, yet very effective respectively. If the opposition skipper doesn’t score big runs, the pressure is on. Williamson doesn’t have an extraordinary batting record in England and the way he got out in both innings of the first test, you could observe some weakness”

In the end, Vikrant reflected on the comparisons between both India and New Zealand when it came to hearing tough teams in their home conditions with the absence of main players. He said, “India can beat any opposition in any condition. But don’t forget that in the last game New Zealand made 6 major changes in their team. Southee, Williamson, Latham, Jamieson, and Walting were not playing. Just like we didn’t have our main players in GABBA, so did New Zealand in the final test. These talks are only significant till the toss and the first 15 overs into the game, no matter how much you talk. After that, the match situation does the talking. The game would turn on its head with every fall of a wicket. All in all, New Zealand has the advantage of conditions, preparation, and momentum.”