Lord Jagannatha Temple in the City of Bath of UK

London: It is an immense pleasure that, Lord Jagannatha MahaPrabhu temple established at Bath city of United Kingdom. The Journey of Lord was initiated by Shree Jagannatha Temple Core members on auspicious day of Rath Yatra 2020. Core members joined hands with Bath city’s Hindu Community and culminated in opening temple of Maha Prabhu in the City of Bath of UK. After 17 years of waiting for temple the dream come true for the Hindu community on the 22nd May 2021. 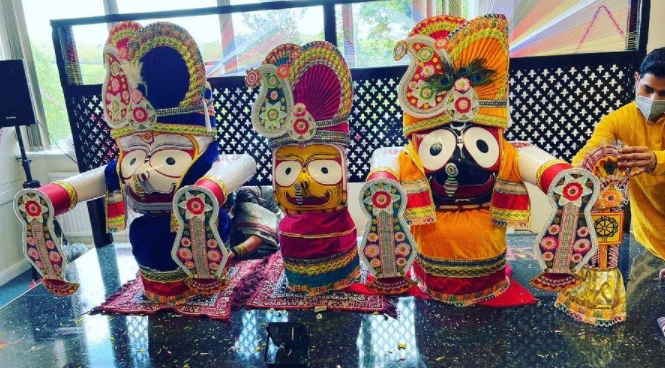 The beautifully crafted idol of Lord Jagannatha, Lord Balabhadra and Devi Subhadra made of Neem wood from Srikhetra Puri reached in the UK during last Diwali 2020, after visiting Shree Govardhan Peeth of Puri and blessings of Adiguru Shankracharya and Shree Jagannatha Temples in Puri (guidance of Gajapati Maharaj, Puri) Jagannatha Temple (Ahmedabad) Gujarat & Shri Neelachal Seva Snagha (Hauz Khas temple) New Delhi.
This pious initiative was led by the Bhaktas from various communities like Gujarati, Punjabi, Tamil, Maharastrian including significant support from the Odia community of UK.
Mahaprabhu will shower blessings and guide all, who are part of the missions to spread Shree Jagannatha culture in the UK.

Ushering in a new era of good governance in Jammu & Kashmir

India continues to make strides in the world of manufacturing: PM Narendra Modi